Uffie Is Back! New EP ‘Tokyo Love Hotel’ is Out Now 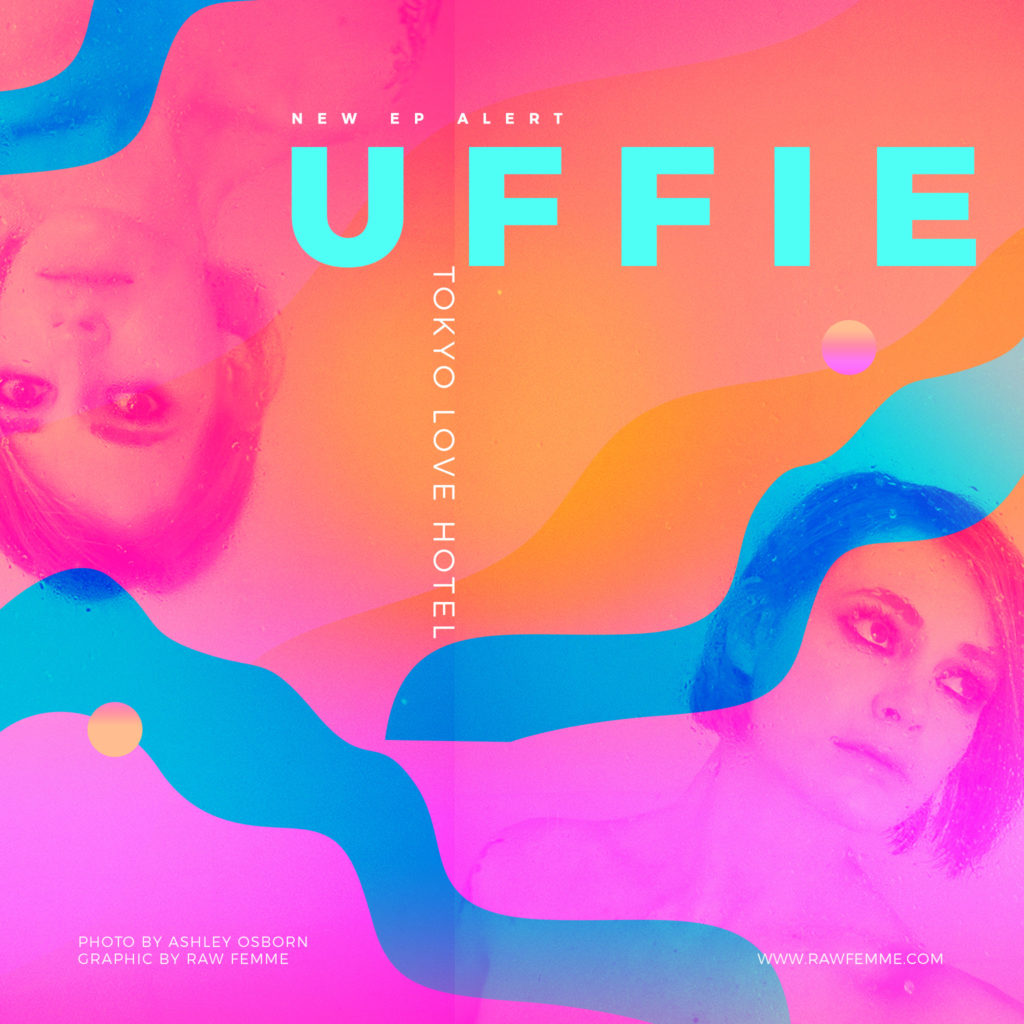 It’s been almost nine years since Uffie’s last full-length project, but she is back and better than ever with her brand new EP, Tokyo Love Hotel, out on all streaming platforms today. Tokyo Love Hotel includes singles from this past year including, “Drugs,” “Papercuts” and her most recent single, “Sadmoney,” as well as 4 brand new, previously unheard tracks: “No Regrets,” “Sharpie,” “My Heart” and “Nathaniel.”

French-American artist & producer Uffie burst onto the scene with her international underground hit “Pop The Glock,” released in 2006 on Parisian record label Ed Banger Records. Alongside her label mates Justice and Mr. Oizo, Uffie became a sort of musical sensation thanks to her experimental and nonconformist pop sound. Throughout the mid-to-late aughts, Uffie’s electro-pop sensibilities continued to gain momentum, cumulating in the critically-acclaimed album “Sex Dreams and Denim Jeans” in 2010. Uffie had everyone from Vogue to The Guardian singing her praises.

After taking a nearly six-year hiatus, Uffie reappeared in 2017 with a feature on Charli XCX’s “Babygirl.” She also reintroduced herself as an artist in her own right, headlining Phoenix’s VIVA PHX! festival and performing at the 10th Anniversary HARD Festival in Los Angeles. In 2018, Uffie emerged with her first solo single in seven years, “Drugs,” as well as a collaboration with EDM sensations Galantis (Spaceship). The pop phenomenon continued to roll out infectious singles over the past year, such as “Your Hood,” “Sideways,” “Papercuts,” and her most recent release “Sadmoney.”

Uffie has always been a unique pop force and her new music proves that she hasn’t lost any of that sparkle. While still maintaining the fun-loving pop edge, the new EP shows an evolution in Uffie’s songwriting capabilities, making for one of her most authentic projects yet. Tokyo Love Hotel is the kind of self-aware and honest pop that the industry has been craving, and Uffie is here to deliver.

Uffie will also be kicking her live performances into high gear again this year, starting with a show at San Francisco’s Noise Pop Festival on March 1st. Tickets are available here.