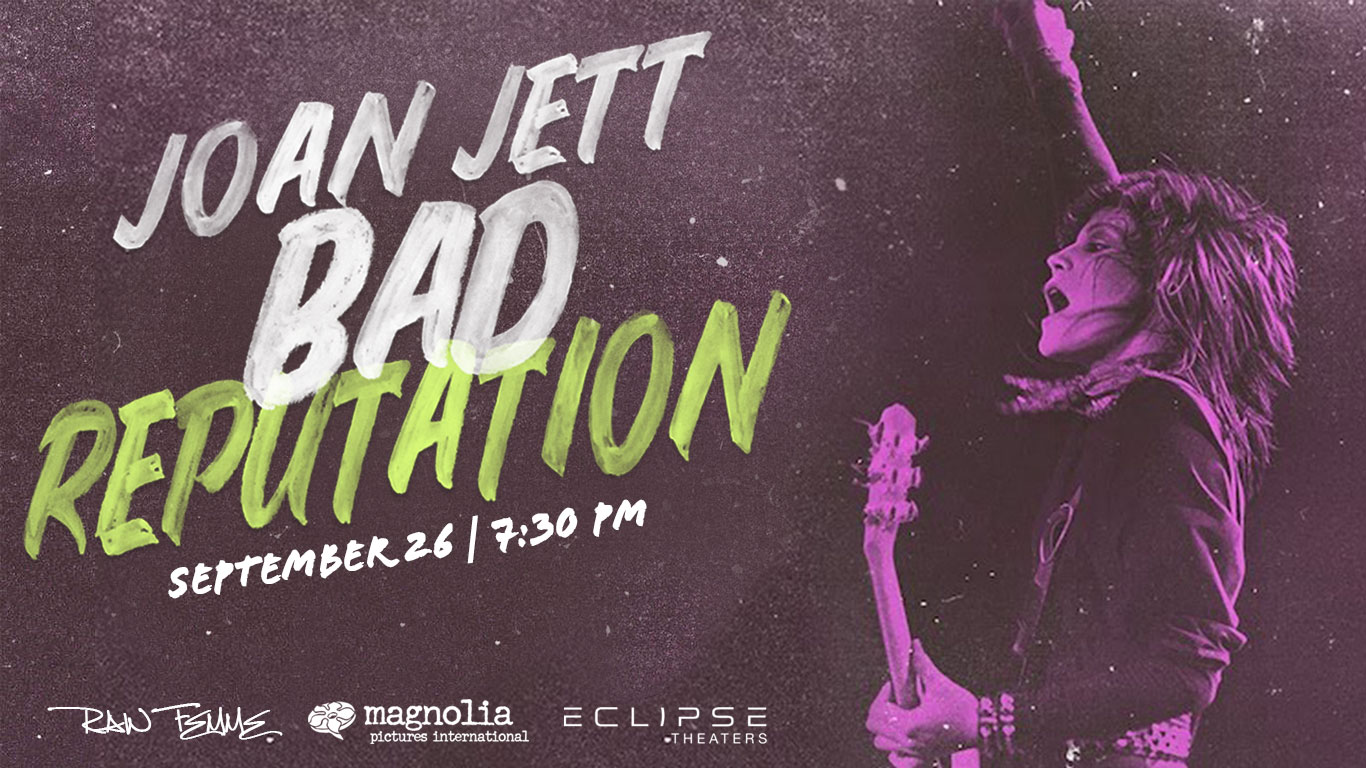 In partnership with Magnolia Pictures and Eclipse Theaters, Raw Femme presented ‘Bad Reputation’ documentary, a journey through Joan Jett’s life and career, from her early years as founder of “The Runaways” to her status as rock icon. Jett navigates through the challenges of breaking down rock’s dug-in boys’ club, and her incredible journey of monumental musical achievements that prove she is more than ‘I Love Rock ‘N’ Roll’. “Tell me I can’t do something – you know, I’m gonna be doing it.” In addition to interviews with Jett and her frequent producer and songwriter Kenny Laguna, “Bad Reputation” also features an eclectic mix of her admirers, such as Billie Joe Armstrong, Miley Cyrus, Debbie Harry, Nikki Haley, Iggy Pop, Kristen Stewart, and Pete Townshend.

An after screening event followed in the Eclipse Lounge with live music for a night of dancing to the rock Goddess’s greatest hits.

Watch Video
ARTIST SPOTLIGHT
JESSICA GALINDO
In Episode 4 of the Artist Spotlight series, Raw Femme visits with Jessica Galindo owner of Leather Couture. Leather Couture is an avant-garde, luxury leather line of impeccably handcrafted accessories and handbags. Each work from Leather Couture is handcrafted and assembled in processes that can take anywhere from several hours to several days to produce. The designer, Jessica Galindo, hand-selects treasures she connects to and that reflect her aesthetic.
Watch Video
ARTIST SPOTLIGHT
KRISTEL NAZARENO
In Episode 3 of the Artist Spotlight series, Raw Femme visits with Kristel Nazareno owner of The Clean-Up. With both a cosmetology and barber background, Kristel J. Nazareno specializes in services from fades to cutting long length and styling. Kristel has made a name for herself in a male-dominated industry, pushing against boundaries, and serving up signature hairstyles with a woman's touch.
Watch Video
ARTIST SPOTLIGHT
ALEXA & JOE JIMENEZ
In Episode 2 of the Artist Spotlight series, Raw Femme pays a visit to Concept, a Las Vegas based custom clothing shop founded by Joe and Alexa Jimenez. The married duo, along with their talented staff, are custom clothiers and sample makers for businesses, clothing lines, and public figures. They are the go-to embroiders for many well-known streetwear brands that currently operate out of Las Vegas, such as KNYEW & Lucrative. They have also created their own brands of clothing, Shop Originals and Goddess, both consisting of all hand-crafted and custom designed pieces.
Watch Video
ARTIST SPOTLIGHT
SMOKE SEASON
In Episode 1 Artist Spotlight series, Raw Femme is thrilled to present an exclusive interview with Gabrielle Wortman and Jason Rosen of Smoke Season. We visited the talented duo during soundcheck for their killer show at Beauty Bar in Downtown Las Vegas.
Watch Video