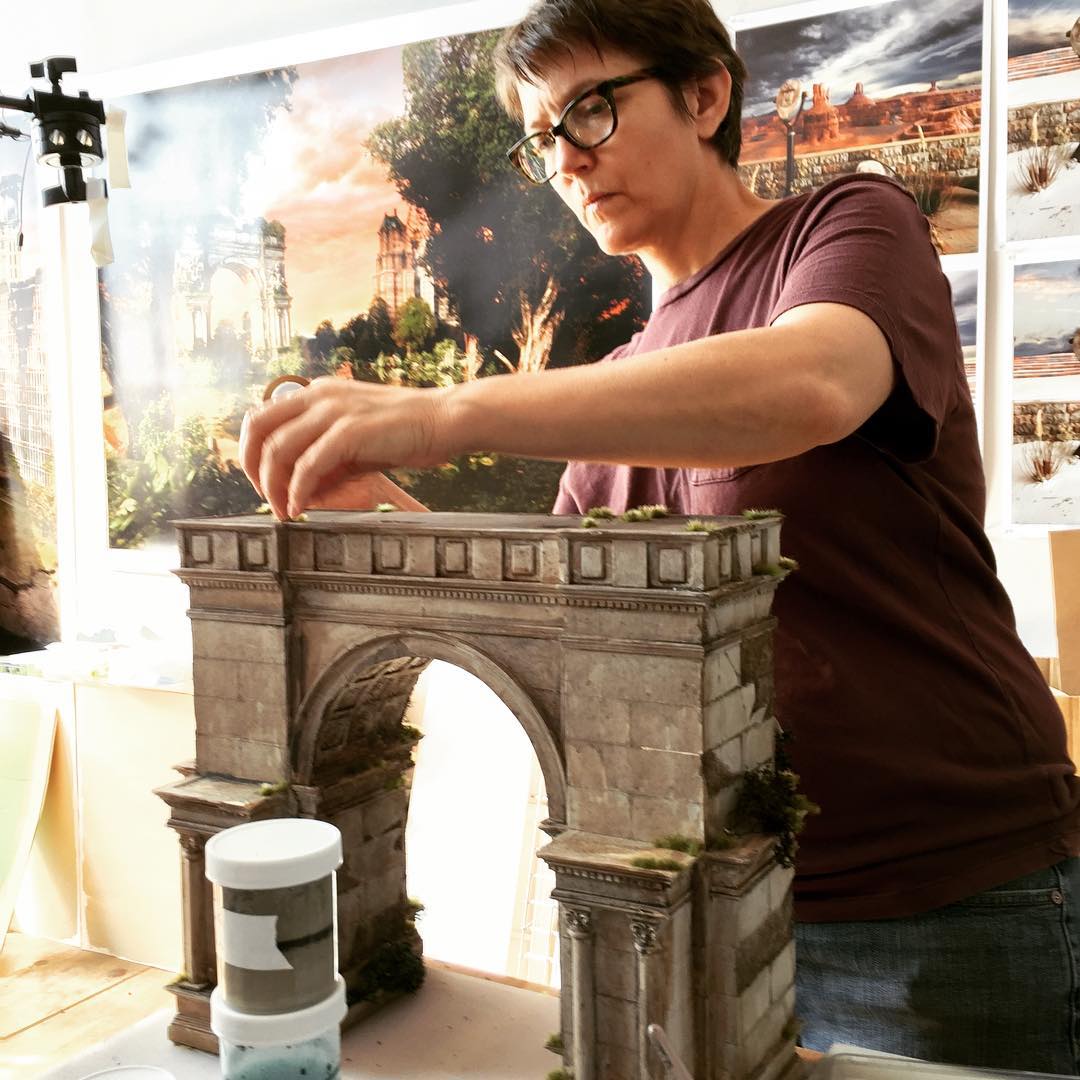 Lori Nix and Kathleen Gerber have collaborated on dioramas and miniatures for over sixteen years; their work has primarily been the subject matter for their fine art photography. Their images of faux landscapes and gritty urban interiors have gained wide acclaim in both the U.S. and Europe, and Nix is a 2014 Guggenheim Fellow in photography. Their photographic work was showcased in the April 2017 issue of National Geographic Magazine.

As an artist, I have always taken inspiration from my surroundings. I grew up in the 1970’s in rural western Kansas. Every season brought with it a new disaster or weather phenomenon. As a child I personally experienced tornados, floods, blizzards and drought. I was never scared or upset by them because I had my parents to worry about the implications. Rather, these events brought excitement to a life that by most people’s standards was quite dull. I also grew up on steady diet of 1970’s television and cinema. Saturday night meant the Carroll Burnett Show, popcorn and a can of coke. My small Kansas town of Norton, population 3500, had a single movie house that ran Disney features on Saturday afternoon, and in the evenings it showed the genre that was popular at the time, dystopian cinema. It was in this small movie house reeking of popcorn and sticky floors that I was mesmerized by movies such as Planet of the Apes, Towering Inferno, Earthquake, and Airport‘76. As a six year old viewing these kinds of movies, I believe it had a profound effect on the art I create today. My work to date can be described as disaster mixed with subtle humor. – Lori Nix

Their photos of miniature dioramas have graced numerous book covers including Dave Eggers and Marge Piercy, and album covers for The Dig and Fountains of Wayne. The duo has illustrated stories for numerous magazines including Field and Stream, O Magazine, Wired,  and New York Magazine and created the photo for the July 7/July 14 2014 cover for Time magazine. Support!