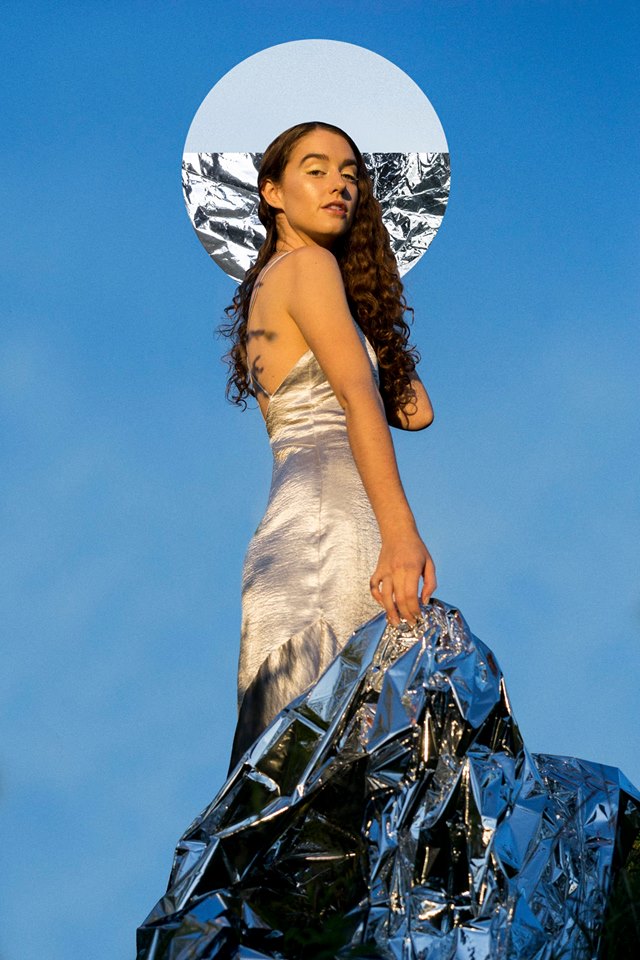 I just want to create songs that people, especially those who’ve felt silenced, can relate to and feel less alone.

Meet Maryze, Montreal-based singer-songwriter, womxn’s advocate, and all around bad ass. Fresh off the heels of the release of her debut EP, Like Moons, her honest and haunting pop-R&B oscillates between light and darkness, blending contagious beats with powerful lyrics about feminism, sexuality, and mental health.

Maryze’s seductive and ethereal delivery in Like Moons is passionate and soulful, her R&B-tinged vocals break away abruptly into spoken word that take you on an intoxicating musical journey.

We caught up with the transfixing artist who recently stepped out for her North American tour alongside the talented Janette King.

I started writing songs when I was really young, like 5 or 6 years old on my little toy recorder, and never stopped. I don’t think I ever consciously decided to pursue music, it’s just always been the only thing that made sense to me. I can’t remember a time when it wasn’t my dream.

Where did you gather songwriting inspiration for “Like Moons”? What was your favorite song to write?

“Like Moons” was written over the last 2 years but it digs deep into the relationship I’ve had with myself for most of my life. I wanted to really be honest in my songwriting to understand why certain negative cycles were repeating themselves, to come to a place where I truly loved and valued myself enough to put an end to them. It focuses a lot on the anxiety we experience before truly opening up to loved ones, out of fear our personal truths will be too much for them to handle. But it ultimately comes down to self-acceptance, sexual-empowerment, and letting ourselves feel the love and bliss we deserve. My favorite song to write was “Soft” because it flowed out so naturally! I wrote the piano part for it and the vocals followed right away. I’m not often compelled to write just pure love songs but that one felt really natural and lovely.

The renewed discussion of equality is playing a major role in today’s music industry, and your music unapologetically is taking a stance against the unfair treatment of womxn and non-binary people. What words of wisdom can you share with aspiring female musicians and entrepreneurs on how to overcome gender discrimination? Never let anyone make you feel like you’re taking up too much space, or that you “owe” then anything! Literally all you owe anyone you’re working with is your professionalism; you don’t have to smile if you don’t feel like it, flirt or compromise yourself to get to where you want to be. The right people will respect you, and those who don’t probably don’t deserve your time or talent.

Thank you for being a strong voice for survivors, and for creating music that sheds light on important issues like mental health, feminism, and sexuality. What inspires you to create music with a purpose?

Thank you. I just want to create songs that people, especially those who’ve felt silenced, can relate to and feel less alone. There’s still so much shame attached to mental health and sexual violence. I personally didn’t feel like I could explicitly talk about it for most of my life. So when I wrote my last single “Men Like You” with artist/producer Ciele, we wanted to very clearly address the sexism and sexual harassment in the music industry. We didn’t feel it was being talked about enough, yet most of the female artists we know have had similar experiences. To me, speaking out about these issues is a way to reclaim power.

How would you describe your sound to someone listening to your music for the first time?

I like calling it stormy-sweet pop-R&B J. It’s introspective and intimate, but also fiery and honest as hell.

What do you want your fans to take away from your debut EP?

I hope it empowers listeners to prioritize their relationship with themselves. The final track “Special” is my self-love anthem and I hope it can be for others too! It’s all about owning your sensuality and feeling special/sexy on your own without any outside validation. I want everyone listening to feel like a goddess.

LADY GAGA! She will always be my #1. I think she’s an incredible songwriter, a genuine creative spirit, and just such a force. I would love to hang out and pick her brain and make a freaking banger together.

What are your future plans? Let’s bring you to Vegas!

I’m about to head out on a North American tour in May! My talented friend Janette King invited me to play 10 dates on her 143 tour and I’m THRILLED. It’s going to be my first time performing in the US. Our amazing manager Sarah Armiento (Hot Tramp Management) booked the whole thing – she’s the best. Road-tripping up the Californian coast together is going to be a dream.

And I’m actually going to be in Vegas in June! To see Lady Gaga’s Enigma show haha…Lets make something happen?

Do you have any advice for aspiring womxn musicians, and what steps do you believe are required to make real change in the music industry?

Make your own team! Surround yourself with people you trust, admire, and feel comfortable with. There are great communities of womxn/femme/non-binary musicians who are just as talented and capable (sometimes more) than dudes who are going to try to make you feel inferior.

I think once the men who abuse their power in the music industry are no longer gatekeepers, that’s when we’ll see real change. Let’s get some badass womxn running the show.

Raw Femme creates such an important and uplifting platform for emerging womxn artists of all disciplines! It’s super inspiring to see womxn in the arts come together to support each other in sharing their unique talents, and getting their messages heard.  Thank you for all you do! When we stand together we’re unstoppable <3