Kim Hyunji (Kim Kim Kim) is an artist working predominantly with painting from South Korea, currently based in Melbourne. She completed her Bachelor of Fine Arts at Curtin University in 2014.

Recognizing Australia’s multiculturalism and diversity, Kim’s main subjects are the culturally attuned creatives of her generation, the Millennials. Through painting Kim explores her generation and the role social media plays in the construction and portrayal of identity. Her paintings reference the processes of social media photography through their use of high contrast and the inclusion of reflective and transparent materials.

Through Ephemera series, Kim Hyunji attempted to explore notions of the temporal, the fleeting disarray and moments of pure euphoria, as achieved briefly through the use of drugs. The Paintings capture their subjects in singular states of intense self-reflection and exaltation, still in the midst attached to their utensils and tools used to enter a state of absence of mind. The works ability to convey what cannot be described or captured in those long seconds in between thought and action. The attuned reality of the compositions paired with Kim’s sense of expressive abstraction evokes sentiments permeated through millennial’s culture of anxiety, and disarray a thematic element underlying Kim’s practice. 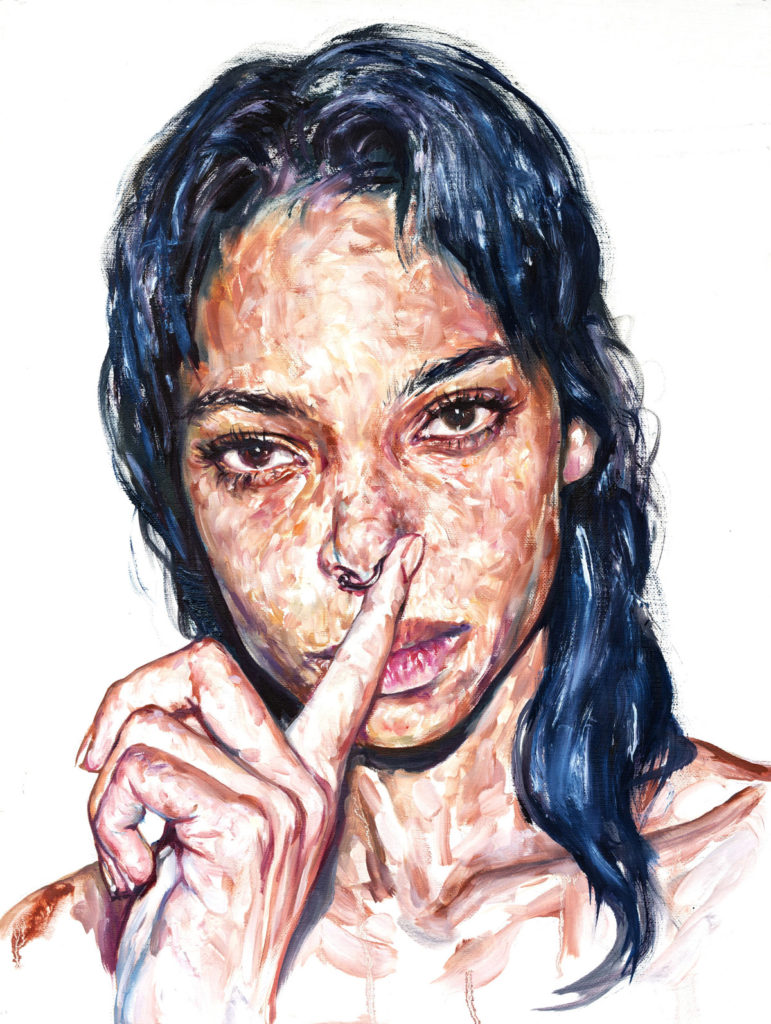 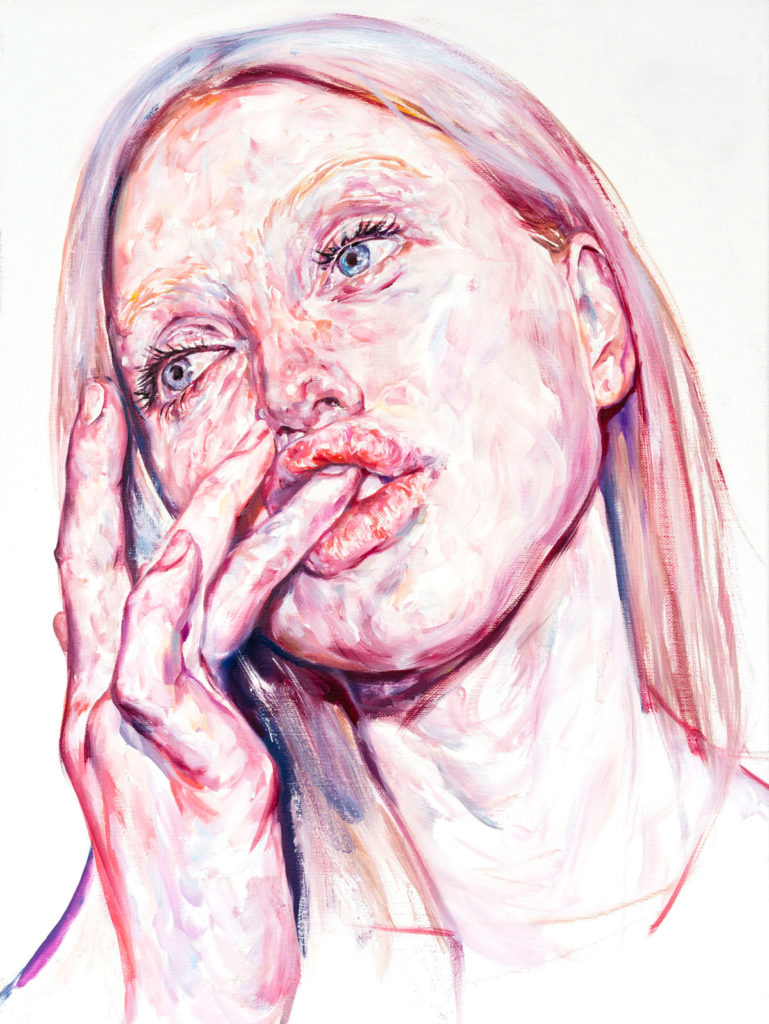 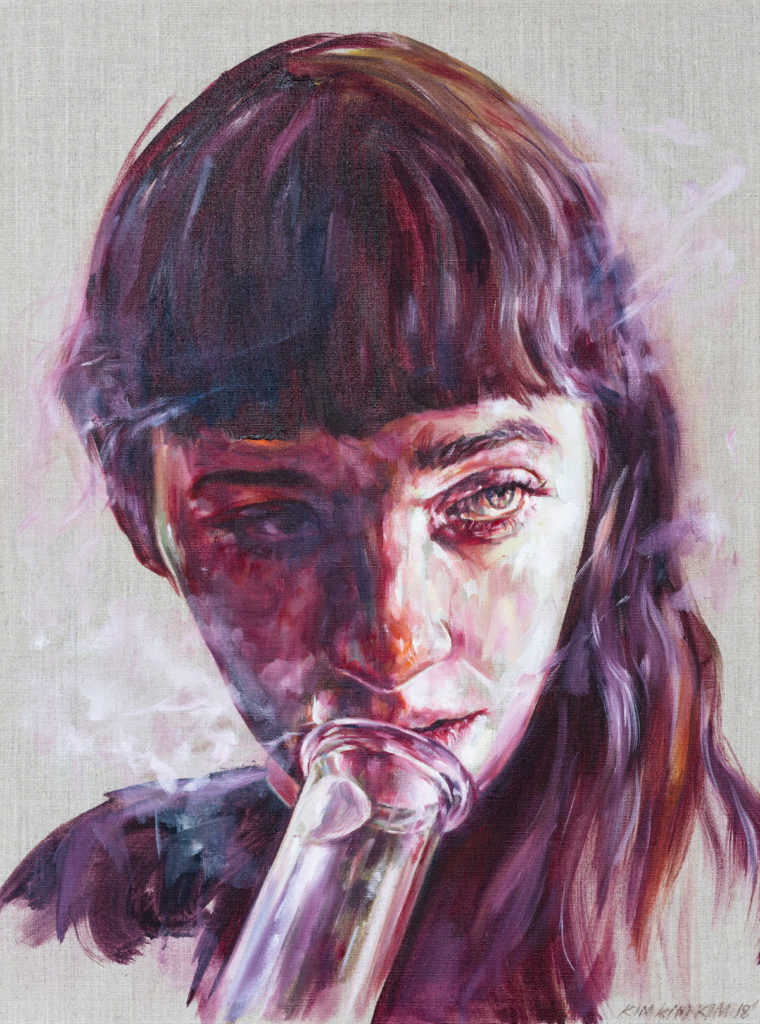 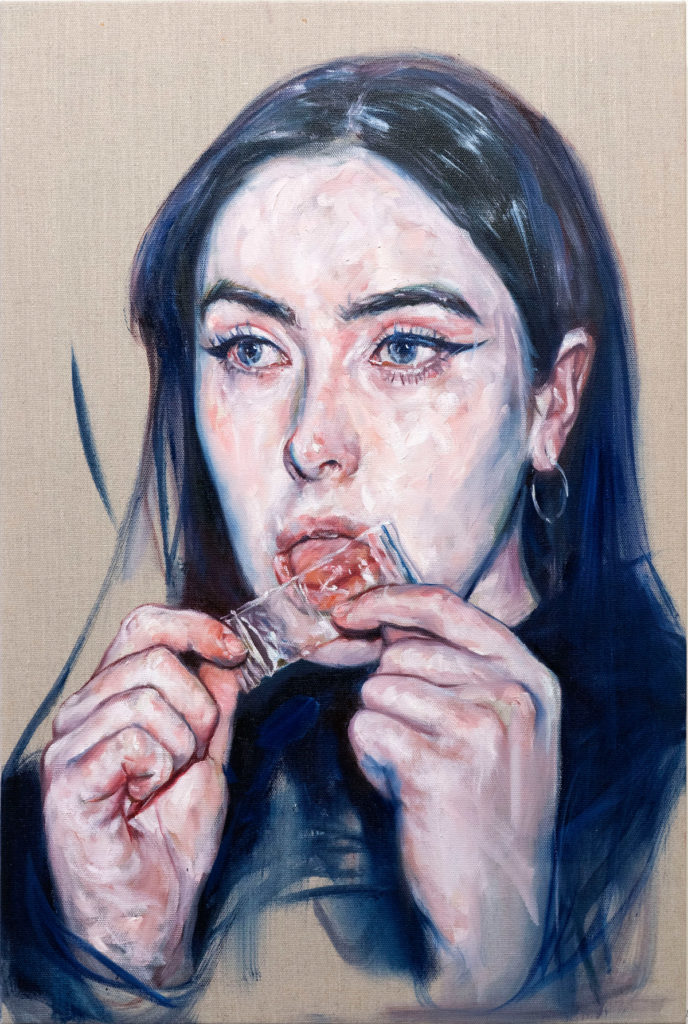