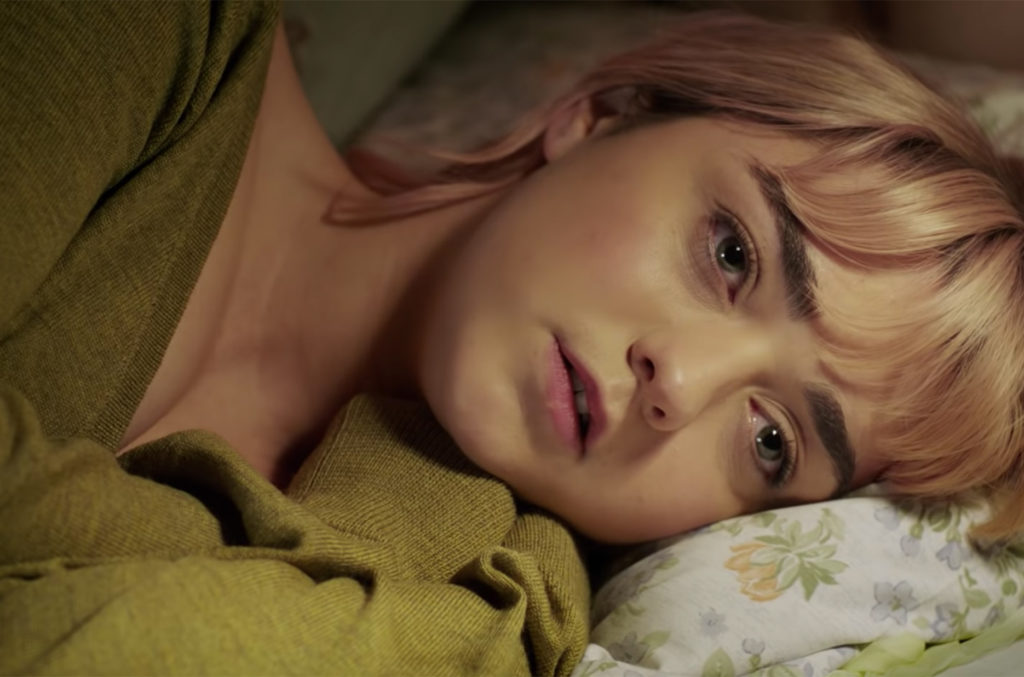 One of the biggest female breakthrough artists of 2018 Freya Ridings, kicks off 2019 with the release of her new single ‘You Mean The World To Me’.  The outstanding accompanying video was directed by the Golden Globe-nominated Game of Thrones star Lena Headey (Cersei Lanister). Her Game of Thrones co-star Maisie Williams (Arya Stark) stars alongside Freya in the beautifully shot and emotional video.

“I had such an emotional response to Freya’s voice and the song. We had a few versions of this video, some were considered too dark, I think we achieved a version that allows us to see Freya in a raw emotional performance. And the family element is what the song is all about.” – Lena Headey

Produced by Greg Kurstin (Adele/Sia/Liam Gallagher/Pink) and mixed by Tom Elmhirst (Adele, Amy Winehouse), the stunning new ballad ‘You Mean The World To Me’ was originally written by Freya in her front room about a time when her mum was unwell.

Freya explains, “When I heard that Lena Headey and Maisie Williams wanted to work on the music video for the new single I was beyond humbled. This is a hugely personal and emotional song for me – I’m just in awe of the emotionally intelligent strong women that worked on it, which also reflects the woman it was originally written about – my mum”.

Freya has just embarked on her biggest sold-out headline tour to date with over 14,000 tickets sold – it kicked off in Cork last night and includes a date at London’s Roundhouse on 11th March 2019.  Plus, Freya has been confirmed to play at all the big festivals this Summer, including Isle of Wight, Latitude and Wilderness.

Freya’s talents have already been recognised by a variety of influential fans; a collaboration with British fashion designer Richard Quinn at London Fashion Week this month; a performance in the US on The Late Late Show with James Corden at the beginning of the year; TV appearances in the UK on Sports Personality of the Year, Stand Up To Cancer and Top of the Pops; and an invitation to feature on the MJ Cole track ‘Waking Up’. Freya’s single ‘Lost Without You’ was added to BBC Radio 1, Radio 2 and Capital FM playlist, played by Heart, Smooth FM and Bauer network and she was the No.1 artist in the Independent singles chart in 2018.

A hymn to lost love and regret, ‘Lost Without You’ has now had over 100 million streams, it peaked at Number 9 in the Official Chart and stayed in the Top 10 for 8 weeks. The last time a female artist hit the Top 10 with a song 100% written by themselves was in 2012 with a re-charting of Kate Bush’s ‘Running Up That Hill’.  Freya is also only the second British artist in Chart history to re-enter the Top 10 on 4 different occasions and has now been in the Official Charts for over 6 months.

Freya is a phenomenal talent who has created a mesmerizing project, accompanied by a powerhouse of women in film. Support!