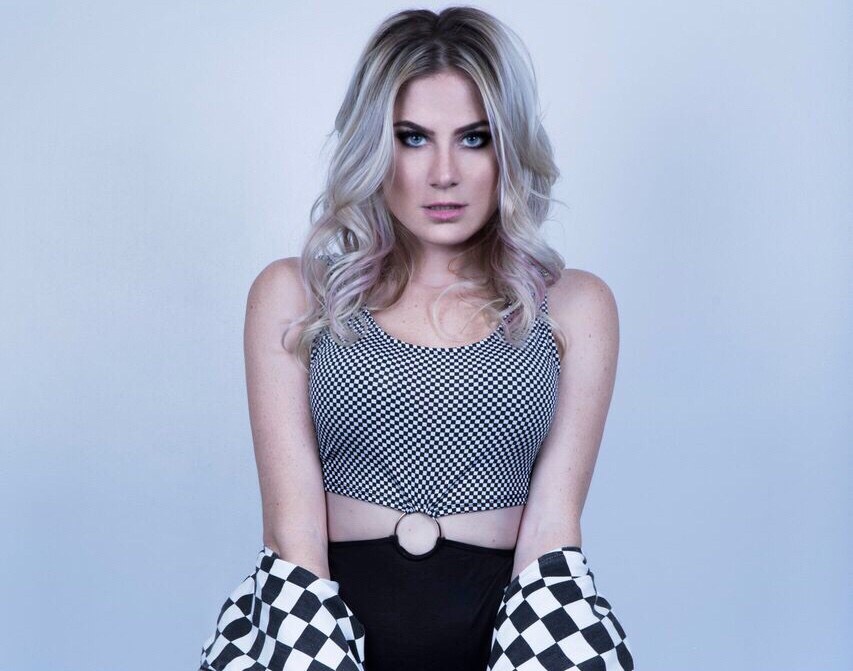 Shiragirl has defied easy definition for the past decade, bouncing between speedy guitar-based anthems and sugary bops while earning the appropriate title: ‘Punk Rock Madonna.’” -Billboard

Shiragirl’s arrival on the scene is the stuff of Riot Grrrl mythology. Punk legend tells us that this Punk Rock Madonna crashed the Warped Tour in a pink van, set up her own stage, and performed without waiting for permission. The crowd loved her so much that she was invited back the following summer as the host of her own official stage, one which would host, and often debut, more than 200 female-fronted bands over the years.

The Shiragirl stage is back this year for the final full cross-country run of the Warped Tour, and in honor of a truly iconic summer event Shiragirl has delivered an iconic summer song. Fresh from her latest album Brooklyn Goes Hollywood, Summers Comin is a fast, fun, pop punk ode to summer flings.

The video for Summers Comin, like those for GET EM HOT and Sick Day, is playful and flaunts the DIY punk ethos with a sense of humor. Filmed at Venice Beach, it captures the blend of wholesome California sunshine and sub-culture-friendly funk that Venice has always embodied. Images of the band rocking out under the palm trees are interspersed with scenes from summer flings. In some scenes, Shira herself is being wooed by a surprisingly sweet-faced skater boy. In others, singer/songwriter Meghan Storm’s daughter Saoirse stars opposite the Dollyrots tot, River. Saoirse in her pink tutu and tiny leather jacket is the epitome of a punk princess as she and River scamper around the beach to Shiragirl’s refrain of “summers comin and he’s callin for you”.

With many Warped Tour fans probably feeling like the summer of 2018 is the ending of an era, Summers Comin is a perfect sip of nostalgia. It feels young and free, and reminds us of the years when summer was an endless stretch of days without responsibility, when all that mattered was eating ice cream, flirting with a cutie at the beach, and blasting your music as loud as possible. It’s a song best enjoyed on your way to somewhere fun, with the windows down and the wind in your hair.