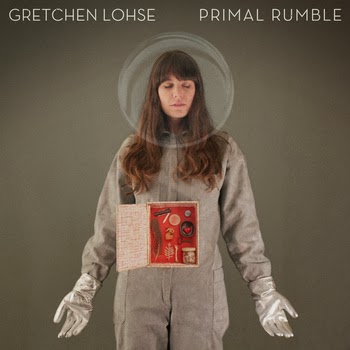 I was thrilled to receive an email from musician, Gretchen Lohse, introducing me to her beautiful musica. Gretchen is a native Philadelphia singer-songwriter and multi-instrumentalist. She comes from a family with deep music roots and was classically trained on violin, which is evident on her recordings. As the front woman of Philadelphia psychedelic folk rock band Yellow Humphrey, she dreamt up rich, strange musical tapestries; Part memoir and part tall tale, heavily influenced by folklore and silent films.

Her debut solo album continues to draw from these influences while delivering them in sparse arrangements with understated layers. The songs are stories, built around Lohse’s vocals and guitar and then infused with flutes (Naeemah Maddox; Donn T, Paper Masques), strings, and more surprisingly, warm analog synthesizers provided by Thomas Hughes (The Spinto Band, The Music Tapes). At times you’ll feel the intimacy of being alone in the room with her and at others you’ll feel transported into other dimensions.

Lohse further extends this dichotomy by integrating sounds mined from her collection of old, warped VHS home movies. The ghostly sounds of voices, birds, and other noises are distorted and woven within the mixes, creating a blend that is both eerie and familiar. This technique is a perfect accompanied to Lohse’s songs, which are personal and otherworldly.

Take a listen to her beautiful track, Primal Rumble. Then head over to her Bandcamp page and enjoy her album in its entirety and support this awesome lady.