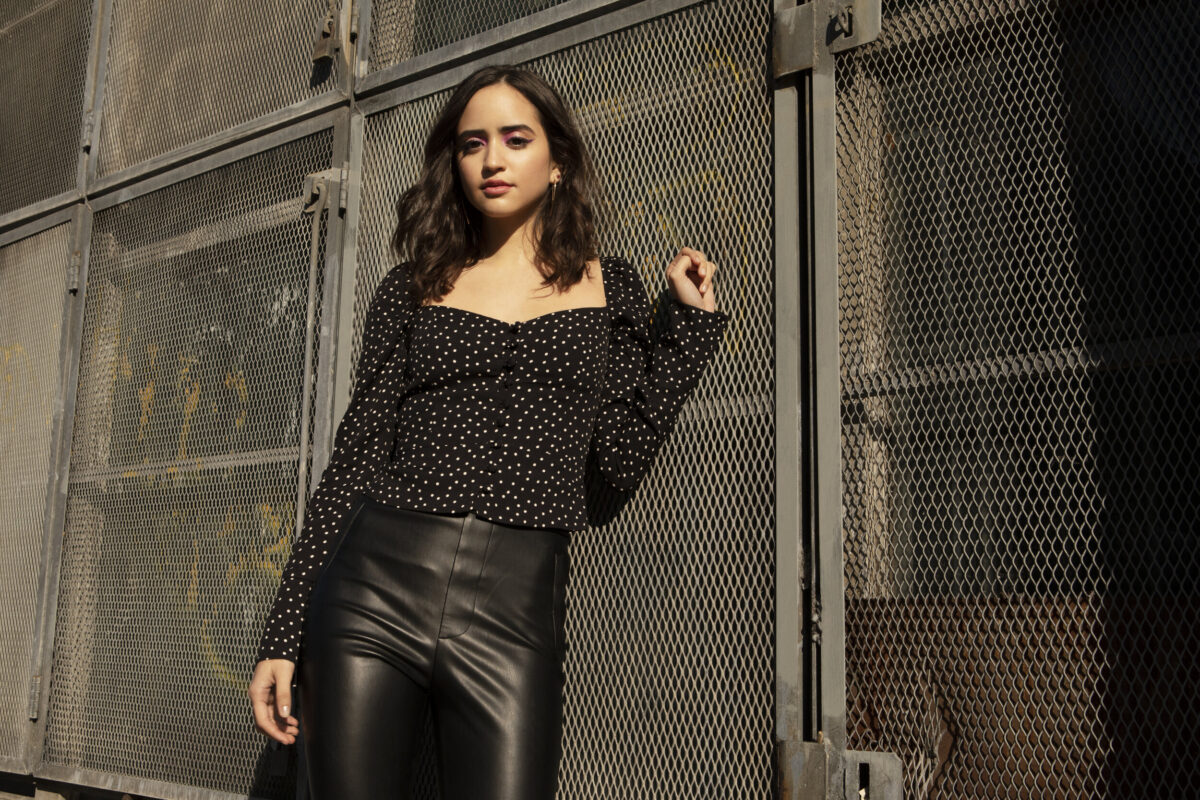 Alma Grace has been inspired by Frida Kahlo’s life and work ever since she can remember. She first learned of her through the Frida-adorned matchboxes and coasters her Grandmother would bring over from Mexico City. As she grew older and started to learn more about Kahlo as both a woman and an artist, Grace became enthralled by the ways in which the Mexican painter redefined beauty standards and broke down the boundaries places on gender, race and sexuality. “In contrast to classmates and casting directors who criticized me for not being ‘white enough,’ Frida made me feel beautiful for my bushy eyebrows and black hair,” Grace writes. While the ‘FRIDA’ EP is certainly a project inspired by a feminist icon, it’s also an exploration of the ways in which Kahlo’s legacy has helped shape Grace into the woman and artist she is today.

Weaving Spanish and English lyricism throughout the EP, as well as a blend of traditional latin sounds and modern pop melodies, Grace has created a beautiful ode to her bicultural roots. Her narrative-driven lyricism is enchanting, with each song delivering dual stories that tie back to both Kahlo and Grace’s lives. “Aventura” is an ode to adventure and affairs, something that Grace has always admired in Kahlo’s rich history. “Girl Fight” is a queer, feminist anthem that was inspired by Grace’s favorite Kahlo story: after her husband Diego Rivera cheated on her, she had an affair with the same woman. “Aztlan” is about the mythical homeland of the Aztec people and pays homage to both Grace and Kahlo’s ancestral roots. Lastly, “Relámpago” is all about coping with pain — the physical pain Kahlo suffered due to her near fatal bus accident and the emotional trauma Grace dealt with after being sexually assaulted.

“When I listen to these songs, I hear my transformation from an angsty teen to a semi-independent young adult,” she writes of the EP. “It’s such a special project to me, and I knew that it had to be my artist introduction to the world.”

Alma Grace launched her music project last year with a string of captivating singles. Her mixed musical influences are reflective of a globalized upbringing— she learned how to love from Selena, make witty comebacks from Shania Twain, and turn pain into art from Lauryn Hill. In addition to her budding music career, Grace has also performed on Broadway and Lincoln Center stages, has been featured at Tribeca Film Festival, and acted in a multitude of films and TV shows.

Despite only being 21 years old, the NYC born-and-raised songstress has also had an impressive career in social justice. As an activist, she attended her first protest at the age of 13, has volunteered with community-based organizations in Harlem, and has worked in both the Bronx and the U.S. Senate to defend immigrants facing deportation — a cause close to her heart as a second generation Mexican-American.