Holy Wars Release ‘Back to Life’

Every war has its point of origin, that moment when some long- simmering conflict boiled over. It’s the archduke’s assassination. It’s the sinking of the Maine. For frontwoman Kat Leon, the music she’s created in dark pop powerhouse Holy Wars was precipitated by a sudden change, but at the same time, it was born from an inner conflict that had long been there. In 2015, the Connecticut-born songwriter was fronting the buzzing L.A. indie band Sad Robot, collaborating with musician Nick Perez on the project and taking part in all the attendant stuff: the video, the studio time, the album release, the photo shoots. Then everything stopped. Leon – whose thoughts and work had always been informed by the spectre of death and the occult–lost both parents in short order that year, plunging her into a grief she’d never known. Music stopped for a while, or at least performing did; for the next year, she saw Holy Wars erupt. 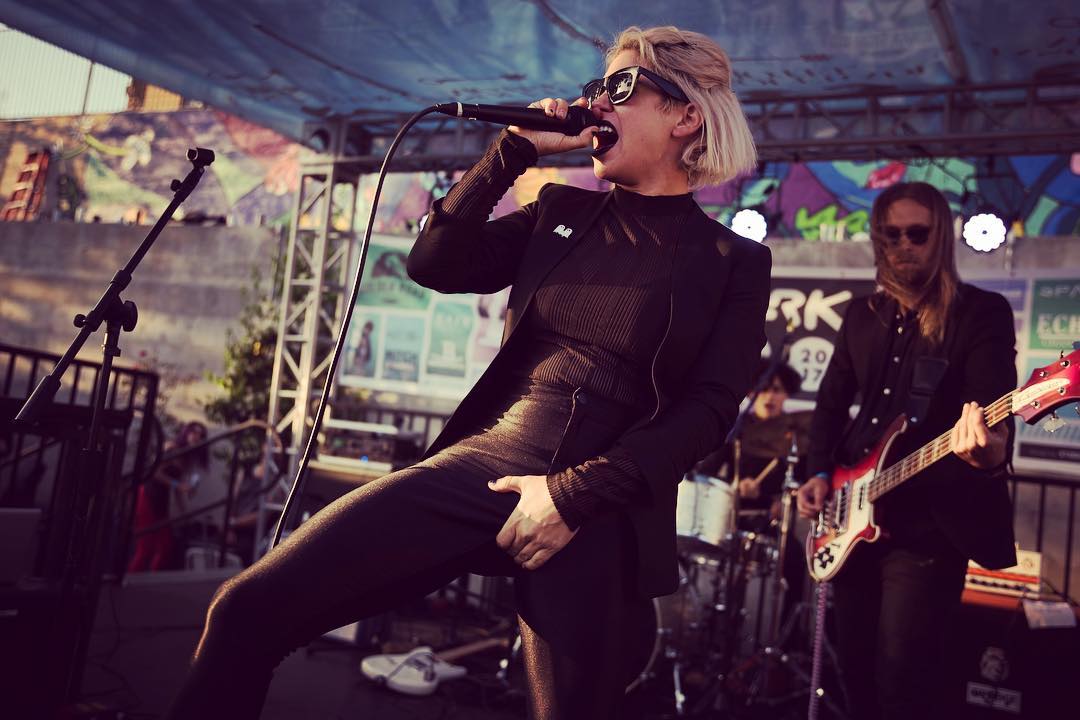 In early 2017, Leon re-emerged, altered as an artist by her darkest days. Holy Wars became an extrapolation of the turmoil she felt inside: the sacred and the martial intermingled, doubt and hope at once. Leon had penned in Holy Wars’ first collection of songs a set of letters to grief.The twisting chord progressions Holy Wars employs might at times call to mind Radiohead circa OK Computer; the band’s cannon fire riffs and soaring melodies could be likened to the Yeah Yeah Yeahs. Kat Leon doesn’t whisper or put on airs as a singer; her voice rises from deep down and takes flight. Some musicians have an agenda; some just want to make people dance. This one is another animal altogether. Holy Wars is less a choice for Kat Leon and more an inevitability. The real war is inside, set in motion by personal grief. That she’s able to transform her grief and conflict into these acts of beauty for the rest of us to connect with – that’s the real gift.

Kat and her babemates released a new gem for your listening pleasure in promotion of their upcoming release for Mother Father on 3 November. The song was written by Kat after the passing of her parents. She is a warrior and inspiration to us all.

Click the headphones above and support this rad babe!