Halsey Unveils Cover Art For Fourth Studio Album, If I Can’t Have Love, I Want Power 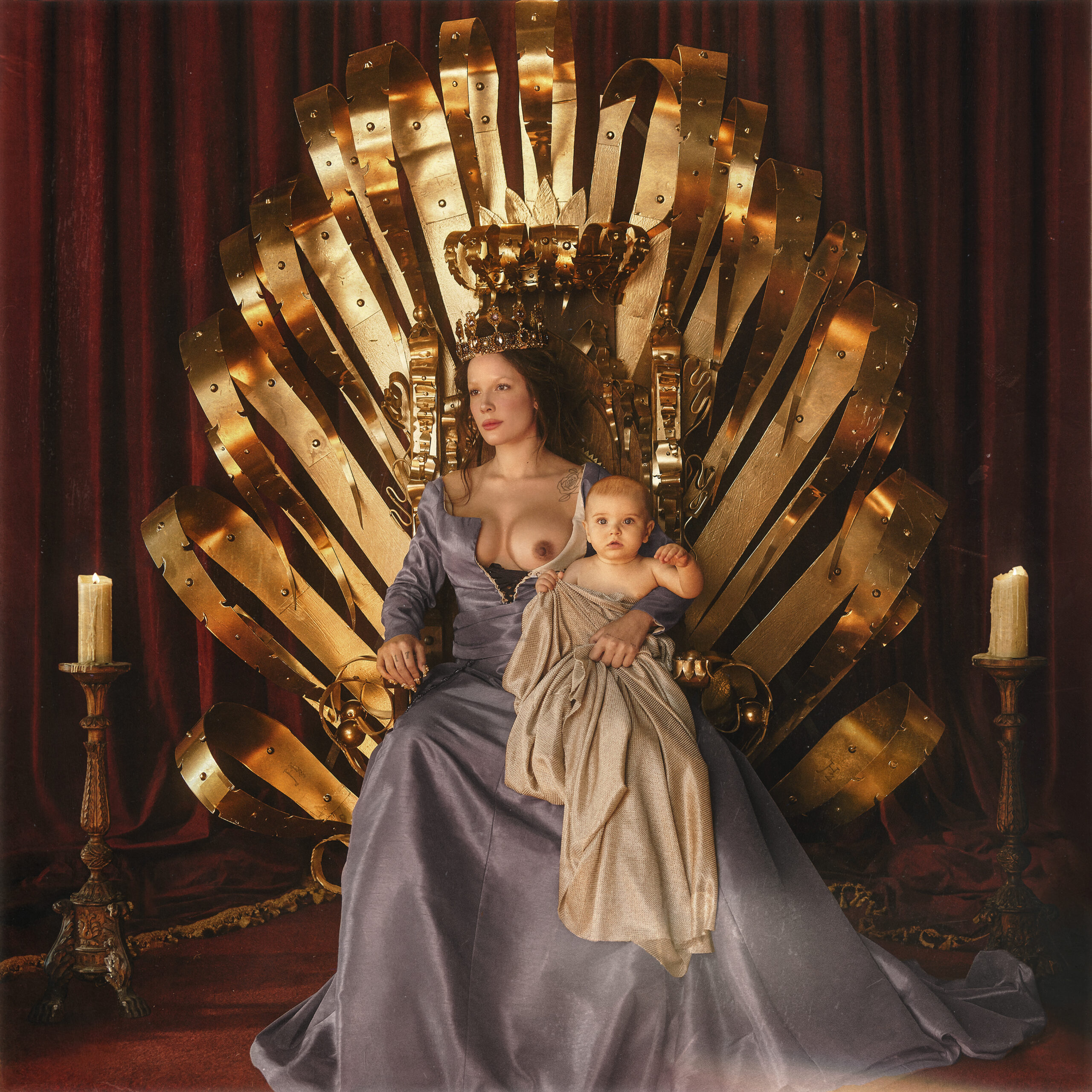 On August 27, Capitol Records will release If I Can’t Have Love, I Want Power by Halsey. She unveiled the album’s powerful cover art at The Met Fifth Avenue in New York City.

This album is a concept album about the joys and horrors of pregnancy and childbirth. It was very important to me that the cover art conveyed the sentiment of my journey over the past few months. The dichotomy of the Madonna and the Whore. The idea that me as a sexual being and my body as a vessel and gift to my child are two concepts that can co-exist peacefully and powerfully. My body has belonged to the world in many different ways the past few years, and this image is my means of reclaiming my autonomy and establishing my pride and strength as a life force for my human being. This cover image celebrates pregnant and postpartum bodies as something beautiful, to be admired. We have a long way to go with eradicating the social stigma around bodies & breastfeeding. I hope this can be a step in the right direction!

Halsey penned the songs for If I Can’t Have Love, I Want Power herself. She recorded the career-defining album with Trent Reznor and Atticus Ross, known for their work in Nine Inch Nails and as Oscar, Golden Globe and GRAMMY®-winning film/television composers.

Fans can pre-order If I Can’t Have Love, I Want Power on Halsey’s store beginning today. Look for more to come from Halsey soon and be sure to visit loveandpower.com.

In her career to date, Halsey has surpassed 60 million RIAA-certified units across albums, singles and features. Worldwide, she has sold over 150 million adjusted singles. If I Can’t Have Love, I Want Power follows Manic, which debuted at No. 1 on Billboard’s Top Current Albums chart.  It was the first album of 2020 to be certified Platinum in the U.S. and attained Platinum certification in numerous other countries also.

She continues to push creative boundaries, expanding her influence and impact beyond music. Her first book, I Would Leave Me If I Could: A Collection of Poetry, debuted on The New York Times Best Sellers list last November. Named as one of TIME’s 100 Most Influential People of 2020, she has won over 20 awards, including an AMA, MTV VMA, GLAAD Award, the Songwriters Hall of Fame’s Hal David Starlight Award and a CMT Music Award. Halsey recently introduced about-face, a multi-dimensional makeup line for made for everyone.

Halsey continues to use her voice to speak up for causes she passionately believes in, including disenfranchised youth, women’s rights, mental health and the LGBTQ community.