Girl Bands You Should Know | Music

Peach Kelli Pop originated when Allie Hanlon, originally a drummer, decided to try writing and recording songs in Ottawa, Canada in 2009. Hanlon started out writing not for an audience but for herself. The intimate quality of her bedroom recordings have been maintained to this day. On first listen one will hear high-pitched harmonies and thick layers of trebly guitars but just below the surface lays an evocative darker side to the music that often goes unnoticed.

Peach Kelli Pop is known for her catchy and tongue-in-cheek songs inspired by video games, Chinese food and conspiracy theorists, illustrating not only her playfulness but also her wit and her angst. Hanlon also grapples with more serious topics like the pressures and challenges women face and the weight of love. Some songs feature the sounds and words of frustrated heartache and recognizable sorrows. Those that spend enough time with Hanlon’s music will grasp its depth –both musically and emotionally.

Peach Kelli Pop plays with the type of urgency and immediacy that appeals to an audience with short attention spans. Hanlon fronts Peach Kelli Pop’s energetic live shows on guitar and vocals and is backed by an assembly of female musicians. The live band consists of an additional guitarist, a bassist, a keyboardist and percussionist and a drummer. Hanlon has been playing with all female musicians in recent years because she recalls being inspired by seeing other women play shows as a teen. In the male-dominated music world, it affirmed her own potential for writing and playing music. 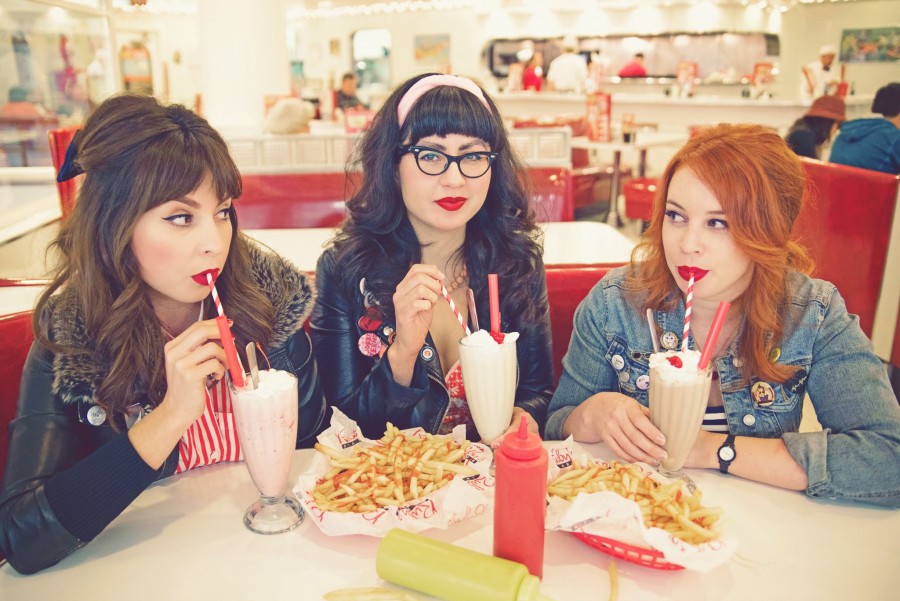 Surf rock and roll, with it’s rich history and distinct rhythm and tonal qualities, might be the most uniquely Southern Californian contribution to the musical lexicon. Yet in it’s place of birth, there seem to be few bands interested in taking the challenge of living up to the exciting sonic legacy of the genre’s pioneers.

However, in recent years, the South Bay trio, Bombón, not only seem interested in picking up the torch of this tremendously influential musical style, they also appear bent on pushing it well past it’s traditional boundaries.

Founded in San Pedro in 2009, the three ladies behind the band, Angela Ramos, Paloma Bañuelos, and Jerico Campbell, have been working hard ever since to deliver their gospel of old style surf rock blended with ‘60s garage rock and DIY punk rock attitude far and wide. The last five years have seen the girls release an EP on Burger Records and an LP on 45 RPM Records. In addition, they perform prolifically locally, and have toured nationally alongside highly regarded Alabama ghost country performers, The Pine Hill Haints. 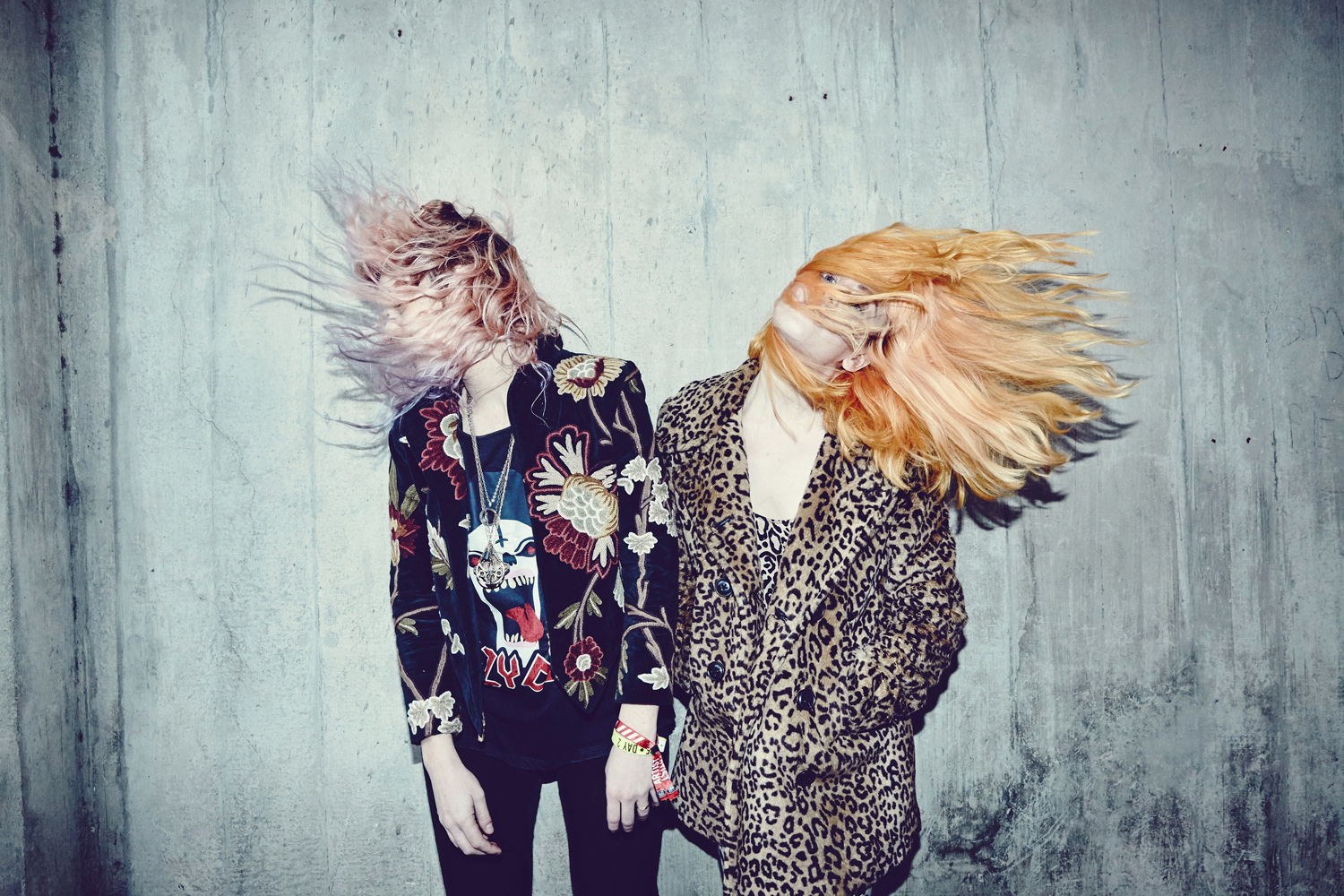 Deap Vally are an American rock duo, formed in Los Angeles, California in 2011. The group consists of Lindsey Troy and Julie Edwards. They have released two albums, an EP and a number of singles. Both albums reached the UK album chart. And they’re bad ass babes who shred. 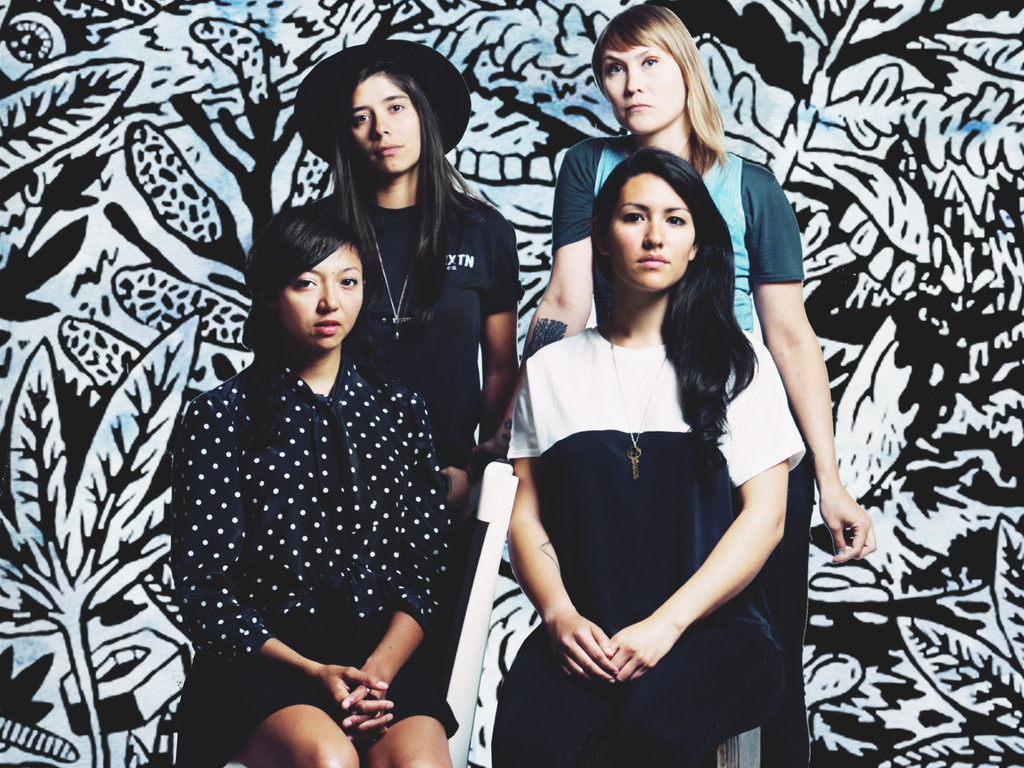 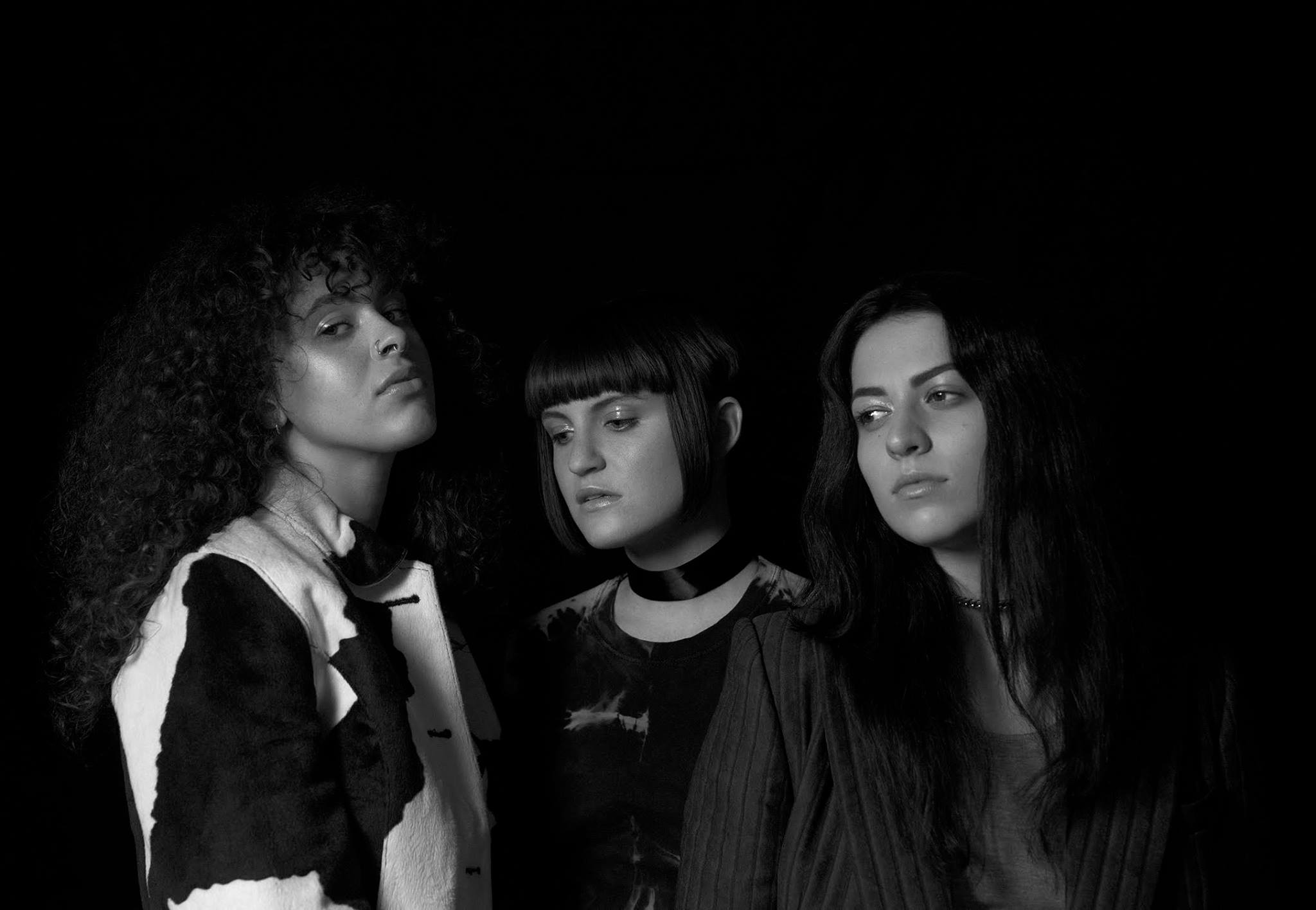 Founded by Katie Gavin (lead vocals/production), Josette Maskin (lead guitar), and Naomi McPherson (rhythm guitar/synths/production), MUNA is a dark pop girl band based in Los Angeles, CA blending the brooding sensuality of R&B, rhythms of funk, and audacity of synthpop with raw, unbridled lyricism. They hope their songs lend themselves both to the euphoric dancefloor and emo bedroom solitude.