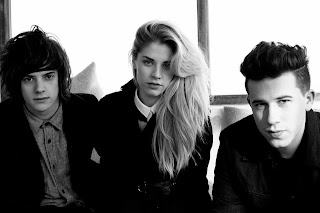 London Grammar are Hannah Reid, Dot Major and Dan Rothman who formed the band while attending school together. After being holed up in the studio for most of 2012 working on their debut album, the band dropped their first offering ‘Hey Now’ on their Soundcloud. Hannah’s voice is hauntingly beautiful. Enjoy and support!