Laci received her Bachelors from the University of Alabama in both Criminal Justice and Design. Since graduating she has worked with an impressive roster of clients, including Walt Disney Imagineering, ABC, and most currently Creative Artists Agency.

I consider myself a renaissance woman – from graphic design, illustration, photography, web design, marketing, curation and more. ‘So Laci Like’ is an uncensored creative space where I can create content with no filter – from sharing design inspiration, documenting life, or venting about why rappers use terrible font choices. Besides documentation I’m inspired to create content due to the lack of visibility of black creatives – especially black women. AKA I’m making the stuff you don’t see by the person you usually don’t see.

We had the pleasure of learning more about Laci’s background and the hard work she’s put forth in developing her career. She inspires women everywhere to live empowered lives while being ‘unapologetic AF.’

What originally made you want to become a digital artist?

As a child and even throughout most of college I had no desire or clue that I would be a digital artist (or that I was even creative). I started college as a Criminal Justice major with a double minor in political and computer science. Within the program I was required to do an internship – I remember looking at the list of internship options and not being drawn to ANYTHING except for the FBI. I went out for the internship and got it (background check, polygraph testing and all). Throughout my internship I rotated to different departments and on one of my assignments I was introduced to the Adobe Suite. I was intrigued by the flexibility of the programs and the ability to literally create anything. After my internship, I returned to school and took a few design related classes. After graduating with my Bachelors in Criminal Justice I reenrolled for Design and the rest is history.

How would you describe your approach to design?

I approach design by creating the things I don’t usually see, mostly in regards of subject matter, pop culture, and underrepresented voices. I’m also a huge fan of color. There are tons of projects where I start with a color palette before I even know what I’m going to design (I do this a lot with illustrations).

I love shows like Insecure because essentially, it’s a normal story but a story that isn’t being told on a wide scale – that’s very similar to my design process. I’m not showing you something you’ve never heard of before but its stuff you never see often especially from someone that looks like me. 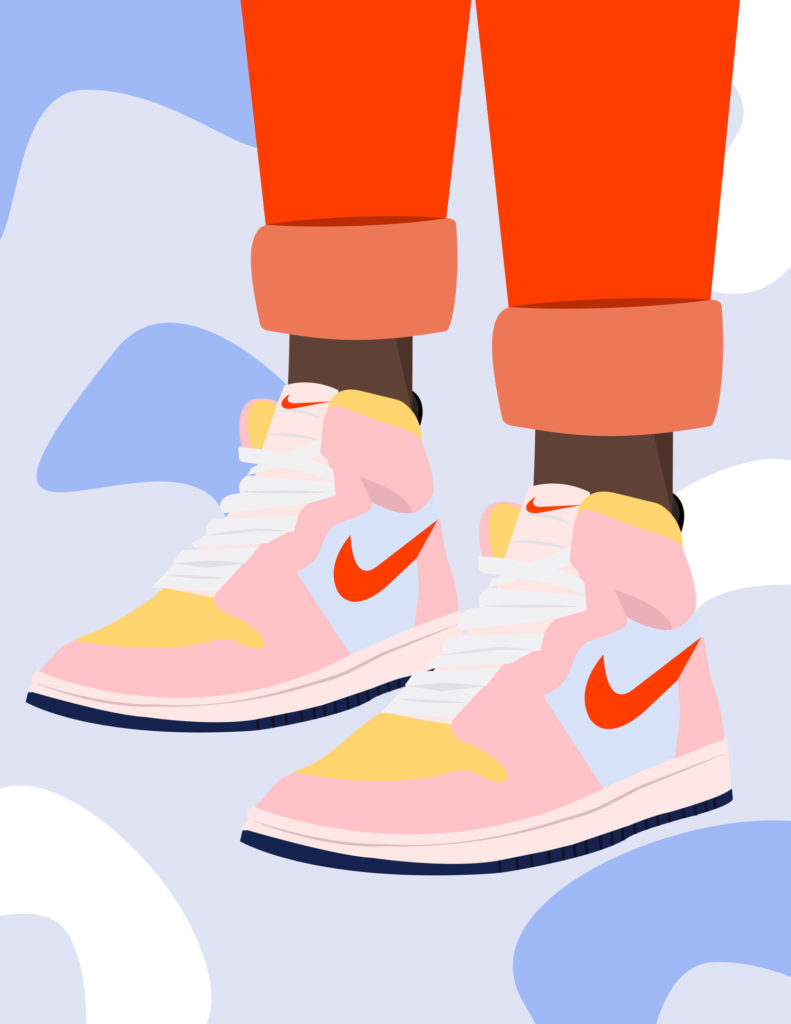 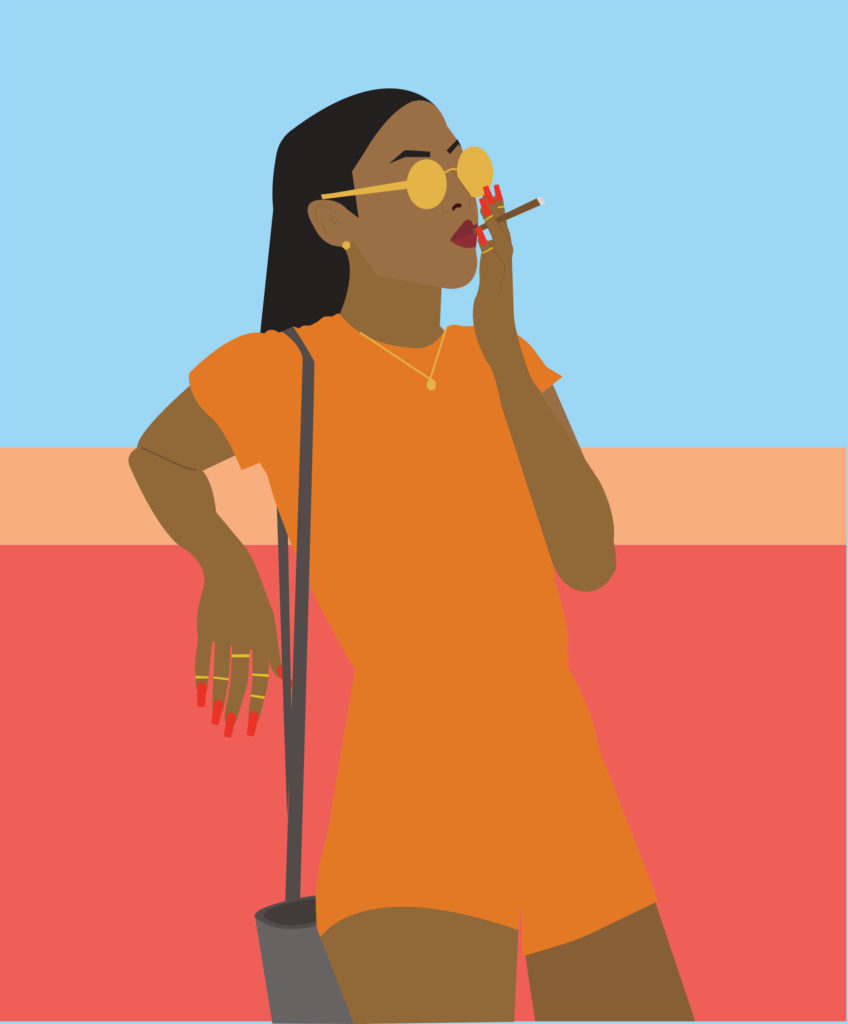 I love that you ‘create content with no filter’. Can you explain your inspiration behind this message?

As a child I was very quiet, even in college I wouldn’t talk much in my classes (even though I was super social otherwise). I’ve always been more observant than anything. When I moved to California about 5 years ago I was forced out of my shell – LA is a very relationship based place that’s all about networking. From being more [forced] extroverted I realized I really have a voice, a voice that other people can relate to. Over the years I’ve learned so much about myself and realized I have no room or reason to have a filter and honestly it makes everything purely authentic. I’ve also learned that the best things come from your pure raw form, so I create everything with that mind set.

You have truly become an inspiring voice for black creatives – especially black women. However, as a Latina, your work truly resonates with me. In your opinion, how does design/art break  the race barrier?

I create a lot of things through the lens of a black woman, it’s what comes easy to me (for obvious reasons ha-ha).  In the same vain women of color from all types of backgrounds and women in general can relate to the art. For instance, when I designed the “Don’t Touch My Hair” pins I created them from the frustration of what my friends and many WOC deal with in regards of people touching and fetishizing our hair because of the styles and textures. After releasing the pin, I started to get stories (and even saw a few instances in person) of white women that also have this issue – given the motives behind why people were touching their hair were different the message still related. That’s the first time I realized that even though I’m creating through a certain lens it can touch and relate to people of different backgrounds.

In general art is relative, very similar to music the messaging can touch and expand to different people faster than anything. Sometimes people don’t understand or want to hear about racial issues in a traditional way but art, visuals, and music are universal and can touch people in a different fashion. 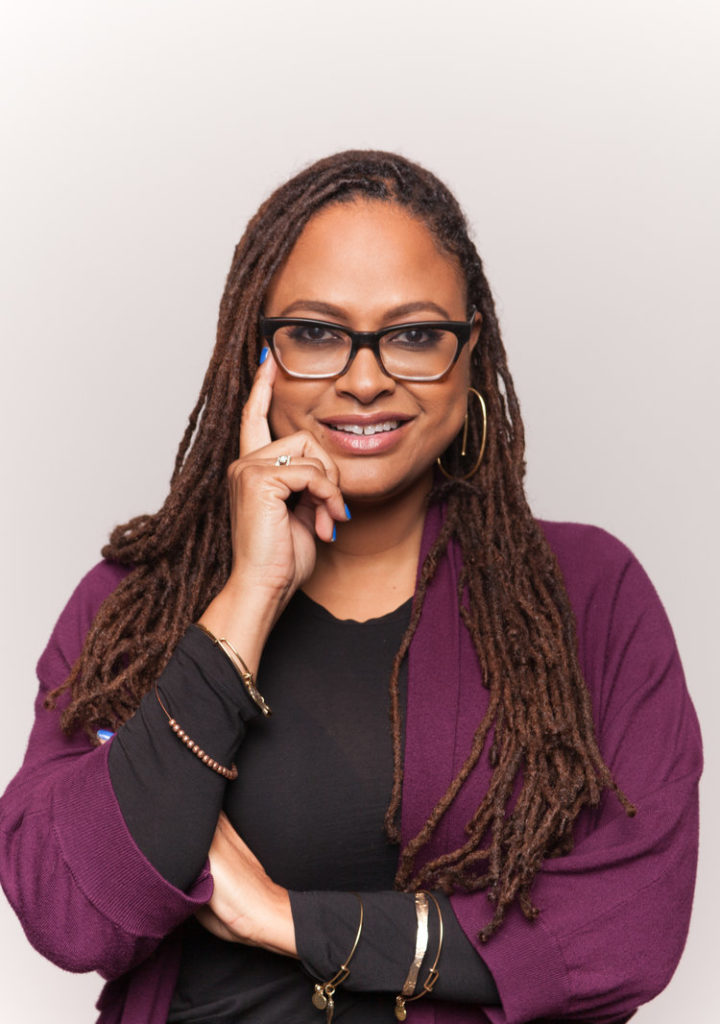 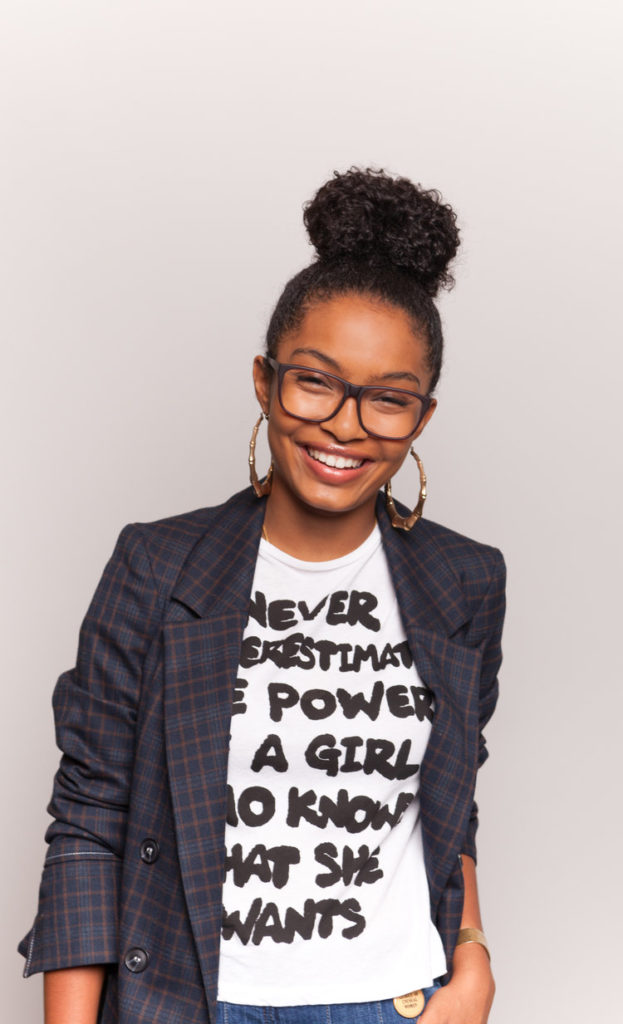 How do you think social media has influenced graphic design being produced today?

Many ways! Two of the biggest are inspiration and exposure. With platforms like Pinterest and Instagram and designer wise, Dribbble it’s become easier to find different sources of inspiration. Even outside of traditional inspiration Social Media literally connects you with everything – from interior design to music. So now not only do you have multiple platforms for inspiration but if you’re open minded you have different genres and topics to gain from as well.

Exposure wise its free advertisement – given, it’s still hard to gain a following from your artwork vs other avenues but it’s a lot easier than it used to be. Social Media makes you one step away from anything and anyone – magazines, editors you may want to work with, agencies, ANYTHING. That’s a big lesson I learned this year – you have to put yourself out there, there’s someone in the world waiting on your point of view.

Another thing I would throw in is pop culture. Pop culture has always influenced design but now pop culture depends on social media for visibility OR in a lot of circumstances social media is fueling pop culture. Even when you think about memes, that’s all an element of design which is why I hope those kids are cashing a check ha-ha.

What are you currently fascinated by and how is it feeding into your work?

Right now, I’m fascinated by telling stories through illustrations. I’m a multi-disciplinary designer so I’m usually working across different mediums whether that’s traditional design, photography, creative direction, etc. Right now, I’ve been focusing a lot on illustrations. Personally, I’m on a journey of full acceptance and understanding the complexities of a person. A friend of mine has a slogan she lives by and is going to turn into a campaign “Bad girl, good human” I love that so much. As women, we’re so multi-faceted but you don’t always see those different personalities in the media. For instance, people love Rihanna because she’s unapologetically herself. You can see her smoking a blunt on Thursday and helping kids in Barbados on Friday. The blunt takes nothing away from her and she owns every piece of it. I love that. I want to see more of that and create art that’s real AF and unapologetic. I’m also into combining mediums and still life’s – that’s something I plan to explore more over the Christmas break.

You have built such an impressive resume having worked with Walt Disney, ABC, and now Creative Artists Agency. Do you find it challenging balancing your own style vs. the client’s branding, or do they allow you to have free range in regard to design?

It’s hard to balance but not the way you would think. Other than Imagineering my other jobs have been very different in regards of the type of work I create in my free time. I tend to keep my corporate work and personal work separate. There’s times in my full-time job where I can create in the style you see for my personal work but not very often. I’ve learned that in a corporate situation (or even freelance) that you are at service to the client. Sometimes you have to sacrifice in order to deliver the product the person is looking for. The difference is with freelance I’m usually being hired for my personal style which gives me more flexibility. I strictly use my full-time jobs to fuel my passion.

Your line of work is non-stop. How do you find time to balance work and personal time?

I don’t ha-ha! It’s something I’m working on day by day. There’s this idea that you should be up all night long working on your side hustle every night which I’ve lived by for a long time. I do believe that you should have those all-nighters and sacrifice to get to your goals but at the end of the day bags under your eyes aren’t cute and self-care is REAL. I learned that the hard way. Earlier this year I broke out in bumps that ended up being a result of stress and caffeine. It was a wake-up call that taking care of self and balance is EXTREMELY IMPORTANT.  I’m very ambitious and hard on myself (like most creatives) but I’ve learned to listen to my body and give myself the proper rest and care. You have to be honest with yourself too – I would feel guilty about staying in on the weekends vs being social and actually enjoying the city (since I can’t during the city with my 9 to 5). But I realized that I NEED my alone time or “Laci time”, at least one day out of the weekend. I learned I don’t need to feel bad about that, you have to do what’s best for you.

I’m also thankful to have a set of creative friends that are always down for creating and pushing each other so if I’m not resting during my free time I’m creating with them which never feels like work.

What advice can you offer aspiring female designers and entrepreneurs?

Be authentic, keep learning, be fearless, find your niche (which is usually right in front of your face), surround yourself by supportive people, don’t be afraid to put yourself out there, be stern but kind to yourself, realize you don’t have all the answers and that’s ok, believe in your voice, believe in your art, know that there’s a lane and bag for you to collect, self-promote and be shameless about it, be unapologetic AF, and drink your water.

The words Raw Femme in general represents a woman in a raw vulnerable state. Platform wise – literally a RAW space. A space and movement that empowers and highlights women artists and art enthusiast in an unapologetic way. 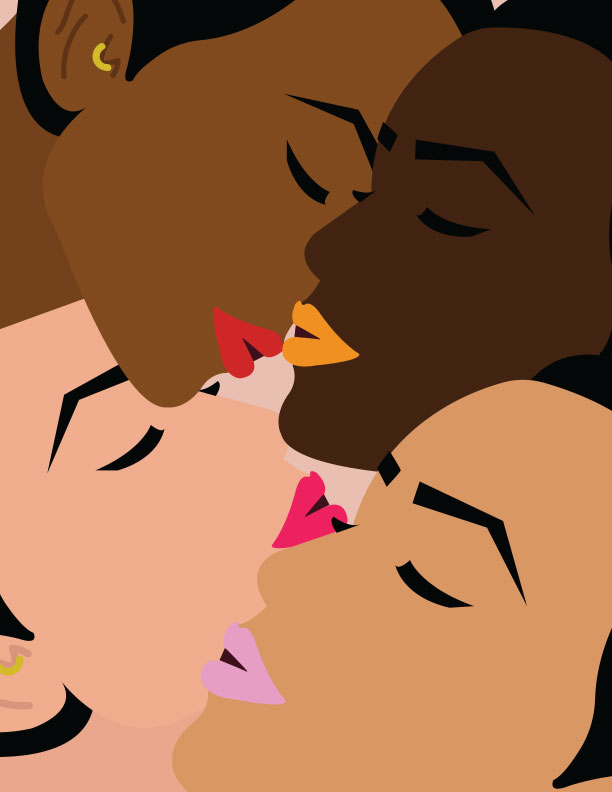