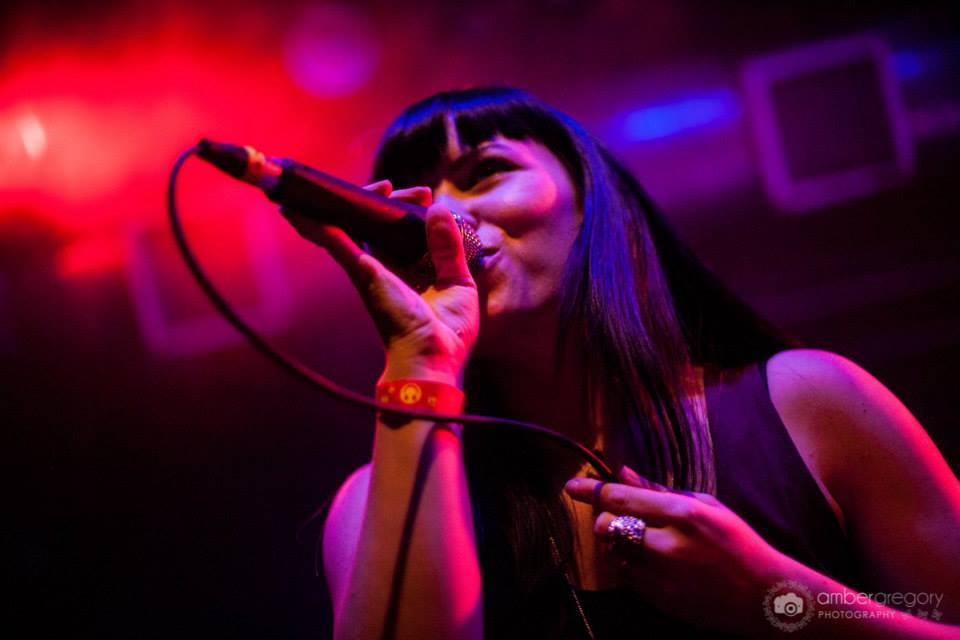 Introducing Survival Guide, an incredible project from Emily Whitehurst, formerly known as Agent M of Tsunami Bomb. She is currently on tour with stops still remaining in Philadelphia, Bronxville, Asbury Park, and NYC.

Survival Guide is the compelling artistic endeavor featuring California vocalist and keyboardist Emily Whitehurst. Her music falls somewhere between indie rock and electronic, always with descriptive, storytelling lyrics, strong vocals and a sprinkle of pop. After supporting Joan Jett, performing at First City Festival 2014 (Beck, The National, Phantogram) and recording a freshman full-length album, Survival Guide was named one of the Top 12 Bay Area Bands of 2014 by San Francisco’s premier rock radio station, Live 105. Her latest album, entitled “Way to Go”, conjures feelings of a dark modern fairytale and showcases Whitehurst’s vocal range and talent, following two previously released 7” vinyl singles, “Hot Lather Machine” and “Wildcat”, released on San Francisco’s Side With Us Records. The album was met with rave reviews and she shows no signs of slowing down.

Check out her newest music video which premiered exclusively on BUST, directed by Jim Agius, HERE. The song, which is already full of her haunting, yet ethereal, voice, is only emphasized by this intense video.

“The album is brave and paints broad brush strokes of electronic,pulsing instrumental overtures and heavy beats. Way to Go goes on the fringe of alternative music to share a melting pot of disco, pop and indie rock genre influences.” – The Deli Magazine

“I’ll always have a soft spot for songs like this, feel good acoustic indie rock tunes with a melody soaked in rays of California sunshine.” – EARMILK

Emily was awesome enough to create a playlist for all of you lovers of the dark side out there, exclusively for Raw Femme. These tunes are perfect for all upcoming Halloween festivities. Support this insanely talented babe!