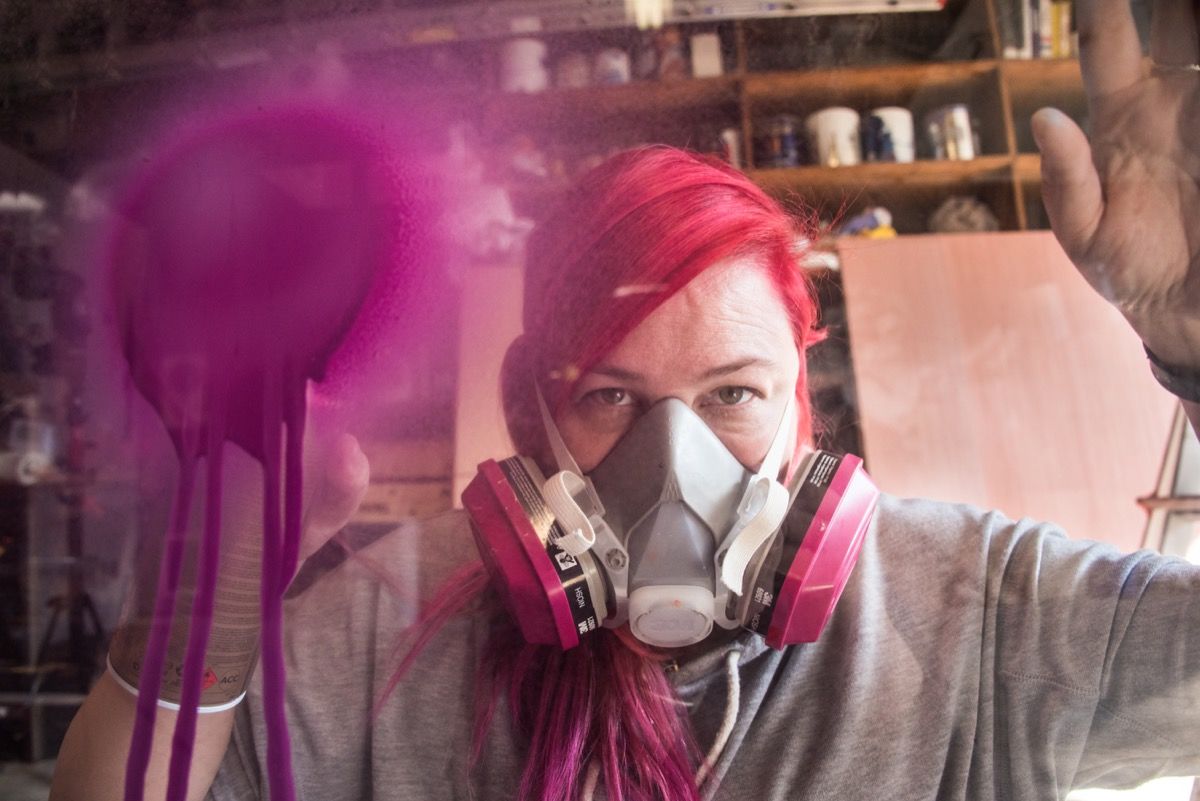 Rond’s street art brings a bright, otherworldly aesthetic to the outside’s most gritty spaces, offering an initial moment of visual reprieve followed by a revelation of each piece’s haunting subtext: Why does it surprise you that this is here? Her work in both indoor and outdoor spaces, elevate a compassionate positivity that offers a safe space to ask hard questions—of the viewer, of the wider visual culture, of the environment in which a piece is hung, and of the artist herself.

Most recently, Rond has been honored as a Young Guns Art Award finalist (London), an exhibiting artist at Bienal de la Habana (Matanzas, Cuba), a TedX speaker, and as the only representative of the U.S.’ Midwest portion of the global Google Art Institute: Street Art Project.  She is the curator of Carnegie Gallery at the Columbus Metropolitan Library, and her work has been honored and exhibited extensively in Columbus, including at the Columbus Museum of Art. She’s created street art and murals in numerous national and international locales, including Vienna’s Wien Museum (“City Dwellers,” 2019) and in Kathmandu, Nepal (“Seeds of Kindness,” 2019). As a prolific community arts leader, activist, and collaborator, Rond has worked with multidisciplinary artists, elementary school students, plant nurseries, arts councils and collectives (she’s active in discussions of climate crisis with the international collective Micro Galleries), and an online community of female street artists from around the world, among others.

Tiny Out Loud from Andrew Ina on Vimeo.