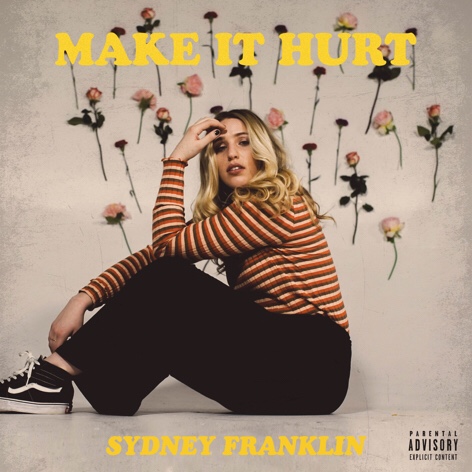 In partnership with House Music Group DC, R&B/Soul artist Sydney Franklin has officially released her freshman project, Make It Hurt. The four track EP focuses on Franklin’a self-revelation of being honest with herself, and coming to terms with who she is as an artist and person. Laced with powerhouse vocals reminiscent of Amy Winehouse, Joss Stone and Jorja Smith, Make It Hurt effortlessly blends heartfelt lyrics, R&B beats, and synth-pop rhythms. Encompassing Franklin’s 4-octave range and retro-sound, Make It Hurt is available now on all digital retailers. Listen to the full EP below:

The lead single and title track, “Make It Hurt,” came from a studio session at Shifted in Brooklyn with Mike Irish, Mannywellz and Sloane Warner. Having felt heartbroken at the time, the initial creative spark came from the Notes section of Franklin’s phone, where she had written, ‘I’m gonna hurt you like you did me, it sounds cynical baby, but it’s purely physical.’ From there Franklin poured raw emotion into the song, showcasing her Winehouse-esque vocals, and a chorus full of soul. Once finished, it was easy to see that “Make It Hurt” best represented the EP as a whole, ultimately being titled as such. Last, but not least, the project finishes with the aptly titled track “Figured Out.” Co-written with Dan Strauch of House Studios, Franklin penned the song’s verses on a train ride from NY to D.C, and eventually based the sound around the hypnotizing guitar melody created by guitarist Daniel Roberts. With a melody reminiscent of James Bay’s “Let It Go,” and love triangle themes similar to SZA’s “Weekend,” Franklin closes out her freshman EP continuing to prove her songwriting prowess and vocal ability.

In addition to the release of Make It Hurt, Franklin is slated to perform at this year’s SXSW Music Festival on Sunday, March 11th at Easy Tiger. The show will mark her first appearance at the legendary Conference and Music Festival, held each year in Austin, TX. If you’re in ATX, you won’t want to miss her stellar show.

Support this incredible artist whose songwriting ability and powerhouse vocals are proving to be a breathe of fresh air in music today.