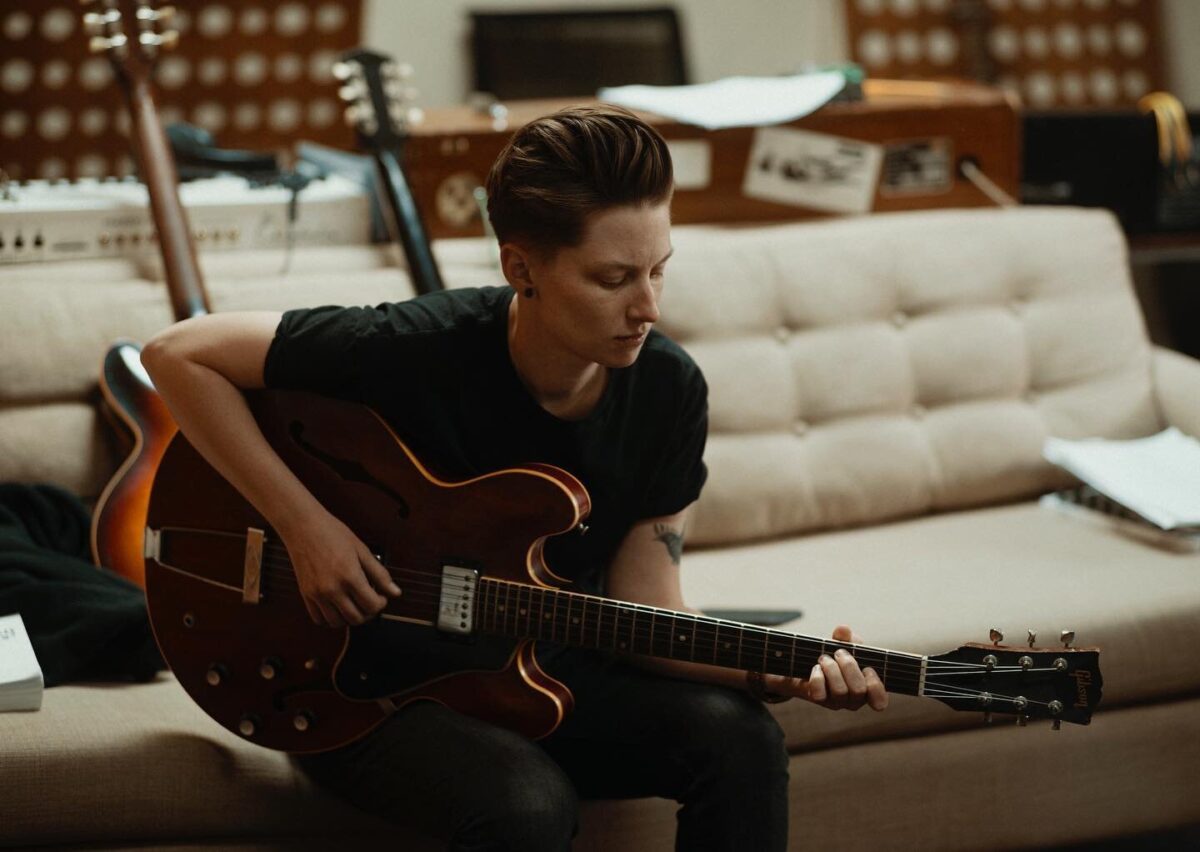 The new EP comes on the heels of 2020’s Another Me – an album that explores her experience as a queer woman with themes of vulnerability, toxic relationships and patriarchal entitlement.

Following the release of her second album Another Me, singer-songwriter Sarah Walk is returning with a collection of stripped back versions of choice singles as well as two brand-new tracks, out June 25 via One Little Independent Records. The Simply EP is an expertly curated mix that shines new light on Walk’s already touching and honest writing, putting focus on the emotive lyrism and delicate instrumentation. The latest single, her blissful acoustic version of “Same Road” is out now. Stirring in its delivery, its minimalism highlights the loneliness of its subject.

Opener “The Key” is an intimate slow-builder with subtle sample and percussion work as well as beautifully executed backing harmonies. Euphoric new cut “Simply” was written with friends Raven Katz and Jennah Bell in Nashville, though the majority of these tracks were recorded at Walk’s new studio in Los Angeles. The first of her material to be crafted in this way, this allowed her and long-time producer Abe Rounds a certain freedom that’s not always been available to them, with the chance to experiment at length on alternative melodies, with different instruments and techniques.

“Secrets,” another track written specifically for this EP, is an example of further experimentation and a chance to challenge their production skills, utilising a laid-back groove and synths constructing smooth contemporary R&B. Her previously released cover of “Nothing Compares 2 U”, with Meshell Ndegeocello on bass, celebrates and reimagines the classic as well as paying homage to fellow Minneapolis native Prince, with Walk’s unique delivery allowing it to exist in a slightly different context. Closer, and previous single, “What Do I Want?” proved a longer process to remake, but took on a new life when she sat alone at her piano and reduced it to a sparse, singular impactful performance.

A post shared by sarah w a l k (@sarahwalkmusic)

2020’s Another Me was written and recorded during a very self-reflective time in Walk’s life, and she spoke out candidly about her time in therapy and what the album meant to her personal journey. A big theme here has always been choices, agonising over decisions both artistic and personal. It directly ties into the writing process of her songs so it’s all the more poignant that here Sarah is given the opportunity to revisit these, especially while unable to tour them, from a very different perspective.

“When I was writing and recording the LP Another Me, I was experiencing so much anxiety that every decision felt paralyzing – which is actually the theme of a few songs on the album. So having this opportunity to revisit these songs in a new moment and headspace, to make brand new decisions and explorations has proven to me that no decision is the end-all-be-all. You can always adjust, you can always change. In the end, it was me committing to the decisions that led me to this opportunity to abandon them. “‘Another Me’ felt like such a sonic exploration, so finding a way to strip things back in a more acoustic arrangement breathed a new life into the songs for me. To me, that’s the most important thing – staying interested and connected to what I’m creating. Abe and I kept searching and playing with arrangements until they sparked something in us and then built the production around that core thread.”

A graduate of Berklee College of Music (alumni include St Vincent, Aimee Mann, Melissa Ethridge among others), Walk grew up in Minnesota but has spent much of her time living between Los Angeles and London. She worked on her debut album Little Black Book with producer Steve Brown (Laura Mvula) and co-produced Another Me with Leo Abrahams (Regina Spektor, Belle and Sebastian, Paul Simon, Pulp, David Byrne, Brian Eno). With her recent self-investigative material Sarah Walk explores themes of vulnerability, toxic relationships and entitlement within structural patriarchy.