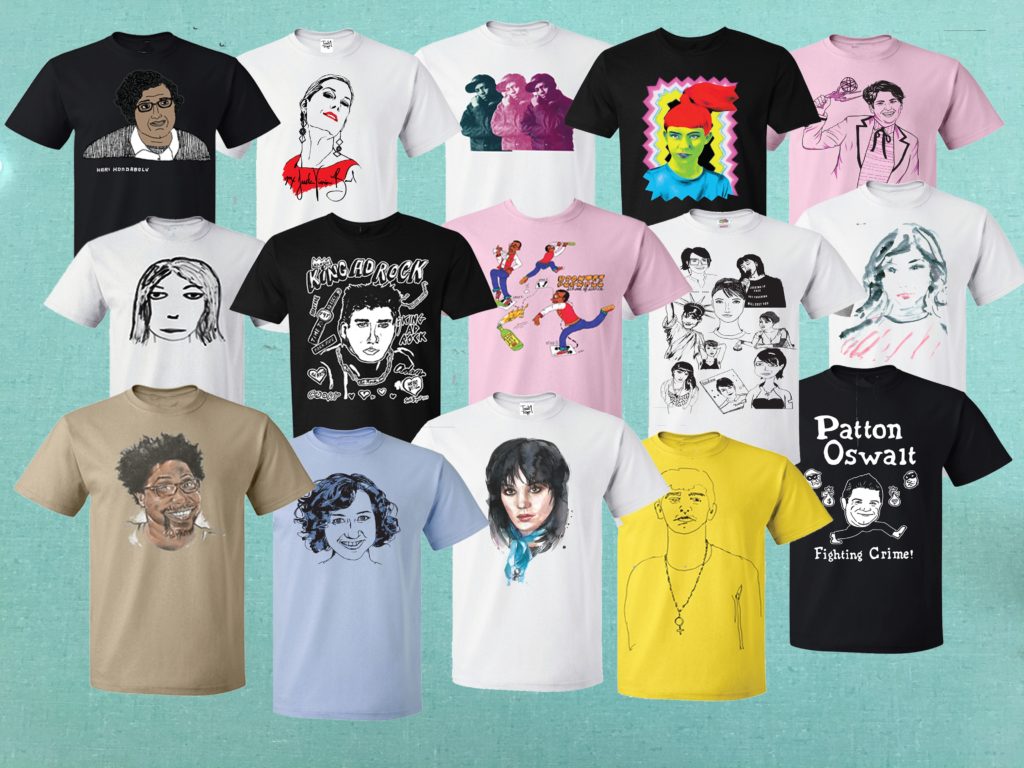 The amazing Kathleen Hanna recently launched TEES 4 TOGO, a brand new, star-studded line of T-shirts designed by – and portraying designs of – Hanna and her friends. 100% of the profits go to Peace Sisters, a Pasadena-based non-profit that financially assists to fund local girls’ school tuition costs in Dapaong, Togo West Africa, the hometown of current Pasadena resident and Peace Sisters founder, Tina Kampor.  The sweatshop-free shirts are collaborations between the artists and the performers who inspired them. They all donated their time and likeness to help girls in West Africa receive the educations they deserve. Artists involved include Carrie Brownstein, Patton Oswalt, Kim Gordon, W.Kamau Bell, Joan Jett, Chuck D, Kristen Schaal, Grimes. Each shirt is cozy, colorful, and costs $40 each—the amount it costs for a girl to attend school in Togo for an entire year, including books.

In Togo, Hanna points out, people usually don’t have enough money to send their children to school, especially if they have boys and girls at home. “People often decide to spend their money on the boys. When Tina was an educator in Togo she saw so many girls’ dreams fall by the wayside. She came to California determined to change that.” 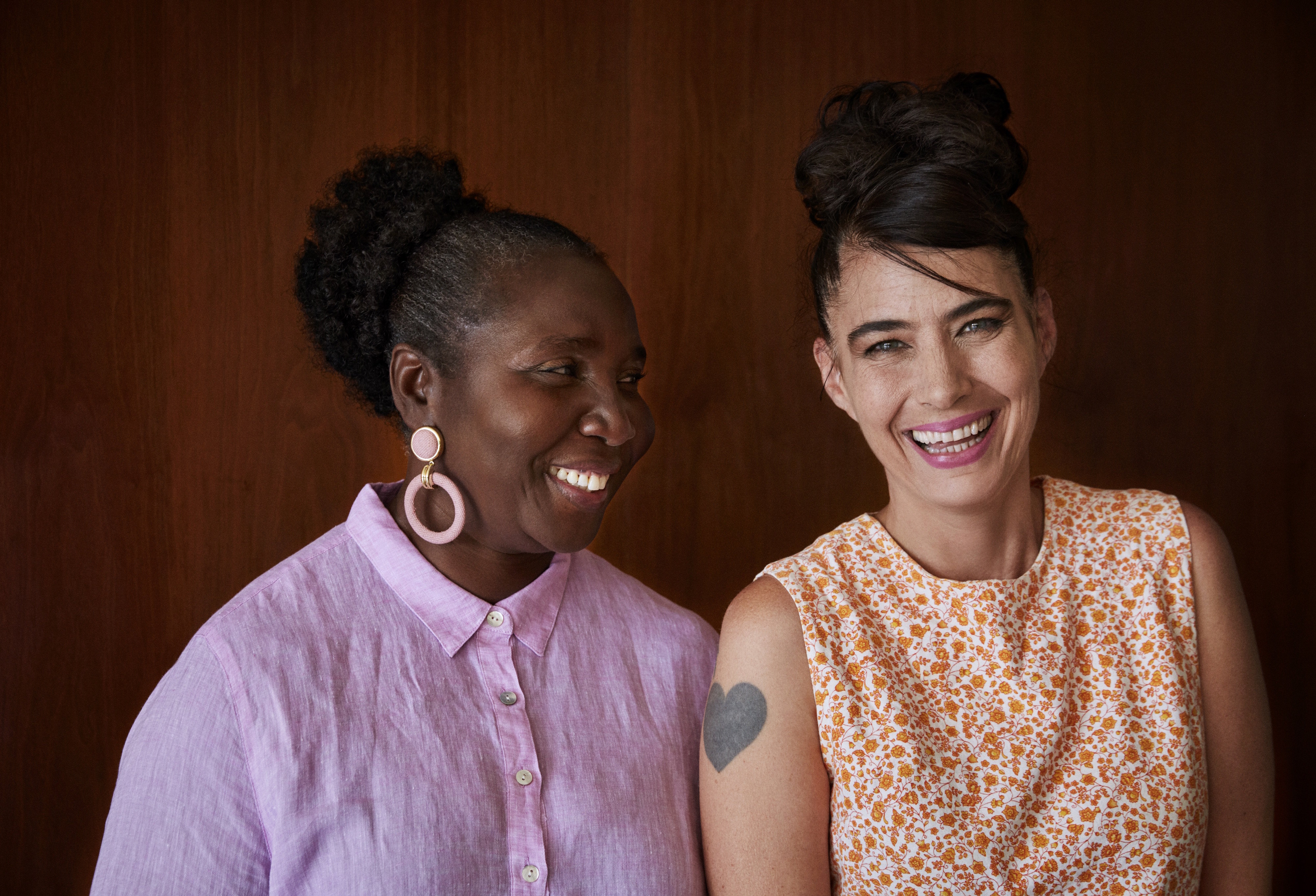 For her birthday last November, Hanna organized a Peace Sisters gofundme, which raised almost $9,000. Hanna also began throwing fundraisers at her home, was named a Peace Sisters ambassador and regularly attends board meetings with Kampor, learning how each dollar the group earns is spent. Feeling bolstered by the team’s professionalism and attention to detail, she decided to do more. That’s when Hanna got the idea for TEES 4 TOGO.

“We’re not gonna have equality in the world if we don’t hear African women’s voices,” Hanna says. “And we’re not gonna hear women’s voices if they have no education. Another part of this is Trump saying Africa is a shithole. How can I respond to that as a citizen? How can I do something positive in light of that? I found an organization run by somebody who grew up in West Africa, who flies money back to the school every year, and has already been doing it for 15 years. This is my opportunity to be an ally to her already successful project.”

TEES 4 TOGO emulates Kampor’s own donations to her home country. “Tina came to Pasadena from Togo, got her nursing certificate, and started sending girls through school. First she sent two girls through school. The next year she sent five. Before she started Peace Sisters as a non profit in 2016, she had already sent 130 girls to school with her own money.”