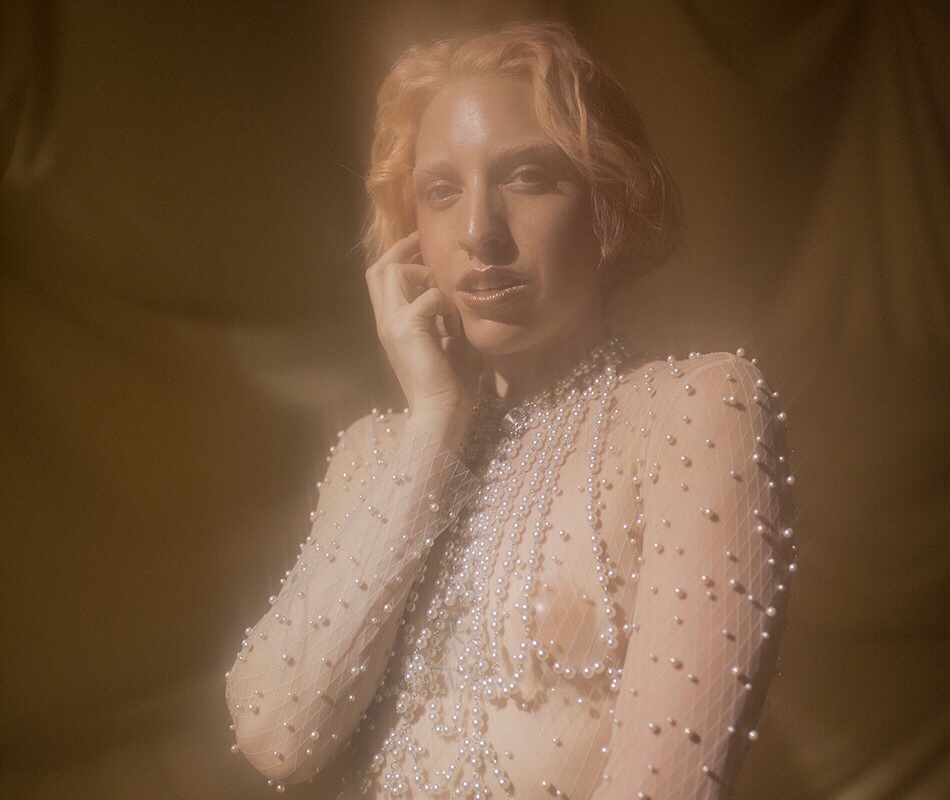 Meet Vancouver-born, Toronto-based Alt-R&B singer Claire Mortifee, an artist who creates music that is poignantly suited for our times. They remark, “as an artist I have the opportunity to foster deeper collective empathy by being vulnerable in public. This is powerful! I strive to be as real as I possibly can with every artistic offering I make.” With vocal inspiration from Amy Winehouse and Erykah Badu – and a sound reminiscent of Radiant Children – Mortifee’s music dips into neo-soul and synth R&B with ease. With their combined streams already amassing over 2 million plays on Spotify alone, they state “I am so grateful that my music is finding those who need it most.”

Since releasing their debut album Medicines (2017), Mortifee has received critical praise and attention from around the globe, with Hype Magazine dubbing them “a modern pop-star with the essence of love behind their music,” and Spindle Magazine celebrating their “simply timeless sound.”

Claire’s upcoming project Fairies, slated for release Spring 2019, is a genre-bending collaborative effort between various Toronto and L.A. creatives. Differing sonically from 2017’s Medicines, Fairies aims to seamlessly transition from Neo-Soul into the Pop/R&B world. In subject matter alike, our gifted songstress embarks on new terrain, opening up around sexuality and the mysteries of Mottheir Earth in a way that is sure to both excite and empower any listener.

Today, we are pleased to team up with the beautiful singer for the premiere of their empowering and visually-mesmerizing video for Wide Open Ocean and special interview where Claire shares how music has made it possible to step outside the confining notions of the gender binary.

In still salt air,
I am nymph, siren, and innocence.
Do not imagine to know my womb.
Be silent and know. What initially inspired you to become an artist?
I didn’t become an artist, I was born an artist. We all were! How we design our thoughts, our relationships, our days, outfits, living spaces…its all artistic, creative. I started writing music, however, because I needed to express all these big deep feeeeelings.

Tell us about the message behind ‘Sea The Signs’.
I wrote this song a couple days after my return from a 3-week pilgrimage on Greece’s main island of Crete. After exploring Crete’s Goddess-based spirituality and ancient egalitarian matriarchy alongside 20 female elders (including my incredible aunt Ann Mortifee), this song came forward as an ode to synchronicity, and the magic of Mother Earth. The honey comb, bone, and feathers I refer to in the song all have special significance for me. My music is all very much truth-telling.

Your sound feels seasoned beyond your years as I hear inspiration from artists including Amy Winehouse and Erykah Badu. What other musicians have influenced your music?
Thank you! Yes, Amy and Erykah have been long-time heavy-rotation inspiration. Other musicians I’ve been taking in while building this body of work have been Kali Uchis, Sabrina Claudio, Oshun, Ravyn Lenae, The Internet, and Janelle Monáe.

If you could cut a record with any artist, male or female, dead or alive, who would it be and why?
Probably Prince. Bless their Soul. Their musical and spiritual intelligence, and their gender-fluidity inspire me. I know I would learn so much…and hopefully be able to pass it on.

Can we look forward to a tour this year?
In 2019? Hehe lots coming for you next year!

Tell us about the message behind ‘Wide Open Ocean’. I love the intimacy and rawness of the track, and the production of the music video tells such a beautiful story.
I wrote “Wide Open Ocean” half on-the-spot in studio, and half while masturbating at home. Like I literally pressed record on my voice-memo app, and blessed myself. It was very much a ceremony…I saged my yoni, and sang my truth. The message is that – look, end of the day, I’ve got myself, all the energy I need is within me. However, if you want to come through, I can share this blessing with you. You’re probably gonna fall in love though. Just a warning.

Although gender diversity has become an important topic in music today, women have always had a harder time earning the success or respect they deserve without being subjected to gender stereotypes or consistently being objectified for their image. What steps have you taken to overcome this barrier and what do you hope to see for women in music?
I overcome this barrier by just doing me, and making that more important than having traditional success in the music industry.

I’ve recently stepped out of the gender box all-together. My spirit is non-binary – I am not just a woman: I am a dynamic, expansive, limitless human. My energy is sexy, all energy is, and that is not something we need be afraid of anymore. We can be playful in our awareness of this energy that literally creates worlds. I overcome what doesn’t serve me by surrounding myself with people who understand and see me. I pray everyone does the same – we deserve it.

What do you want listeners to take away from your new music and upcoming short film? Anything you can share about the film prior to its release?
I want folx to feel calm, at peace, and in love with themselves. I most definitely did on the day of filming – and I know the Angels featured in the piece did too. While I was shooting my solo scenes, they all had a big womxn’s circle in the green room. Many of them have said what a turning point that day was in their self-actualization, and how much community they’ve cultivated amongst each-other since then. Proud of us!

What words of wisdom can you share with aspiring non-binary/female musicians and entrepreneurs?
Lately, I’ve been imagining a world that I wish I grew up in. I’d invite you to do the same. You can create that Utopia for yourself, and you can leave that legacy for the generations to come.

What’s your interpretation of a Raw Femme?
A Raw Femme is someone who embodies their femininity with bravery, boldness, and abandon. Someone who is raw and real and raunchy. WE FUCK IT UPPPP and I love us madly. Bless!