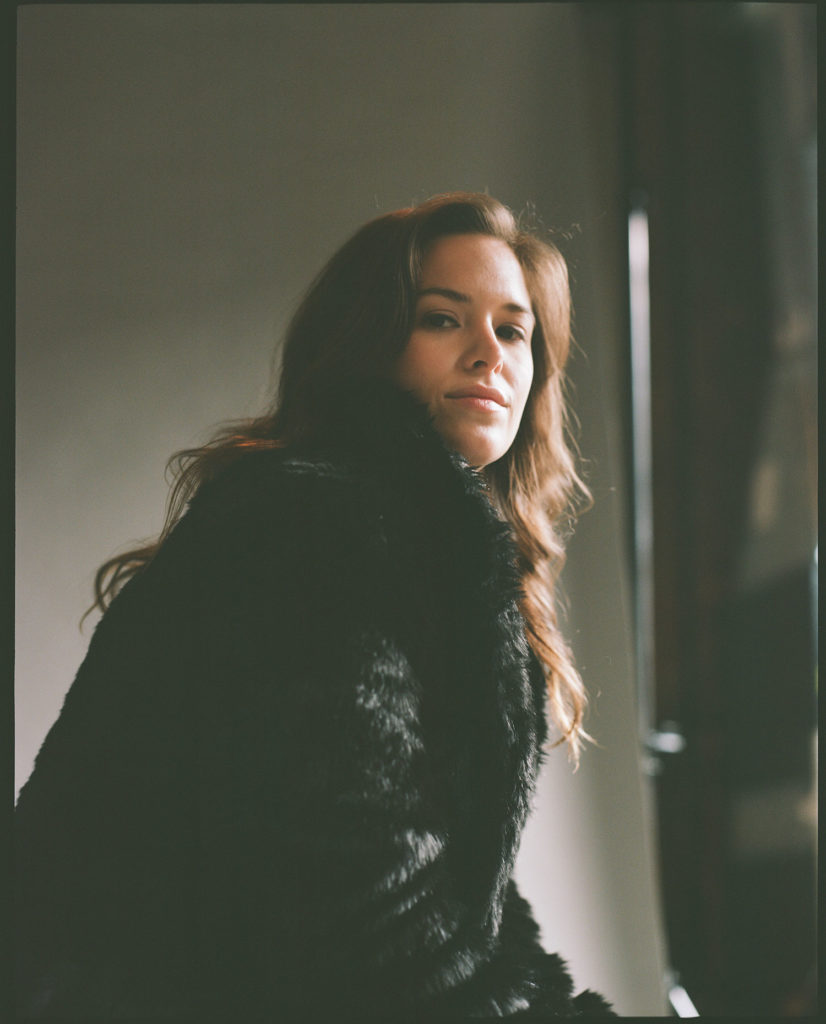 Spelling Lessons’ is a song about first experiences with sexist behavior. The first time I was taught that girls exist FOR boys, not WITH boys.

“I was in 6th grade and I bent over in the library to grab a book. My shirt rode up a bit showing part of my back and the librarian standing nearby chastised me telling me, “Young lady, your back is showing. I won’t have you in here distracting the boys.” I was shocked, confused and embarrassed.”

We caught up with the talented musician to learn more about her musical background and how she overcame this unfair discrimination by channeling her emotions through music.

Honestly, it was the only thing I’ve ever wanted to do. There were times in my life where I tried to be interested in other things that were more practical, but I’ve always come back to music.

Women in Music reports that only 6% of recognized producers are women within the US & Canada. As a musician and producer, do you feel it’s important for women artists to become knowledgeable of music production?

I do and that’s part of the reason I started pursuing music production. If you produce your own music, you OWN your own music.  In the music industry, women have always been pushed to sing, be pretty… and nothing else. Why would men push women to just sing? Because then we can be controlled and molded into the type of woman they want us to be. I’m still learning about production and I co-produced this album with Ariel Loh, which was amazing because I was able to see my vision through and have more control over what I’m putting out into the world.

You are quoted to having branded your music as “feminist synth-pop” by creating music that deconstructs societal norms (we love this). What words of wisdom can you share with aspiring women musicians on how to overcome gender discrimination?

I think seek out people who will support you and try to work with other women as much as possible. If you’re setting up a show, try to get female-fronted bands on the bill. If you’re looking for a musician or producer to work with, see if you can find a woman. I’m not saying don’t work with men (I work with lots of amazing men – shout out to my bandmate Mat Towles); but we have so far to go, but there is power in numbers. This is something I’m still learning.

Your new single ‘Spelling Lessons’ is so incredibly powerful. I especially love the lyrical phrase “I’m Not the One You Came For”. Tell us about the songwriting inspiration behind the record and why you felt compelled to share your first experience with sexist behavior.

For the record femme.one, which premieres April 5th, I wanted to write about how it feels to be a woman right now. The idea came to me during the 2016 election, seeing a completely qualified woman lose to a completely unqualified man. I started to look at my life, and the life of my female ancestors, and analyze why we are where we are. ‘Spelling Lessons’ came when I began looking into my childhood trying to recall the first time I realized that girls are treated differently than boys. For me, it was a moment in 6th grade when I was body-shamed by a librarian and told to cover up so as not to “distract the boys”.

Thank you for using your voice to empower others, especially because music can give us comfort when not much else can. What does it mean to you to be an activist, and how do you go about fusing that with your music?

Thank you for listening! To me, being an activist means speaking out about what you believe in so that others can do the same. I write about these things in my music because I want women to see themselves in these songs and I want men to learn from them. The most rewarding thing for me to hear is that a woman had the same experience as me, but didn’t know how to put it into words, and my song helped her process it.

What do you want fans to take away from your music?

Women’s stories deserved to be told and heard. We have a long way to go before gender equality is a real thing, the only way to get there is to listen to women and respect their words.

In honor of Women’s History Month, which female artists and activist have you always admired and why?

Oh that would be a very long list. Carole King and Gloria Steinem are two women that I’ve always admired for their art and resilience. The work of Rebecca Solnit, Roxane Gay and Lindy West helped me write this album by forcing me to look within myself and my experiences as a woman. Lately, I’ve been following the work of Layla F. Saad and Rachel F. Cargle, which has been urging me once again to look within myself and acknowledge my privilege and be a better ally to women of color.

Your album, femme.one is scheduled to release April 5, 2019. Will a tour follow? If so, we’d love to bring you to Vegas!

Working on it! Would love to come to Vegas, I’ve never been!

Love this community and if you’re here then you’re already part of progress. Keep supporting women and lifting each other up!

Any human that identifies as female and is unapologetic about her existence in this world. <3