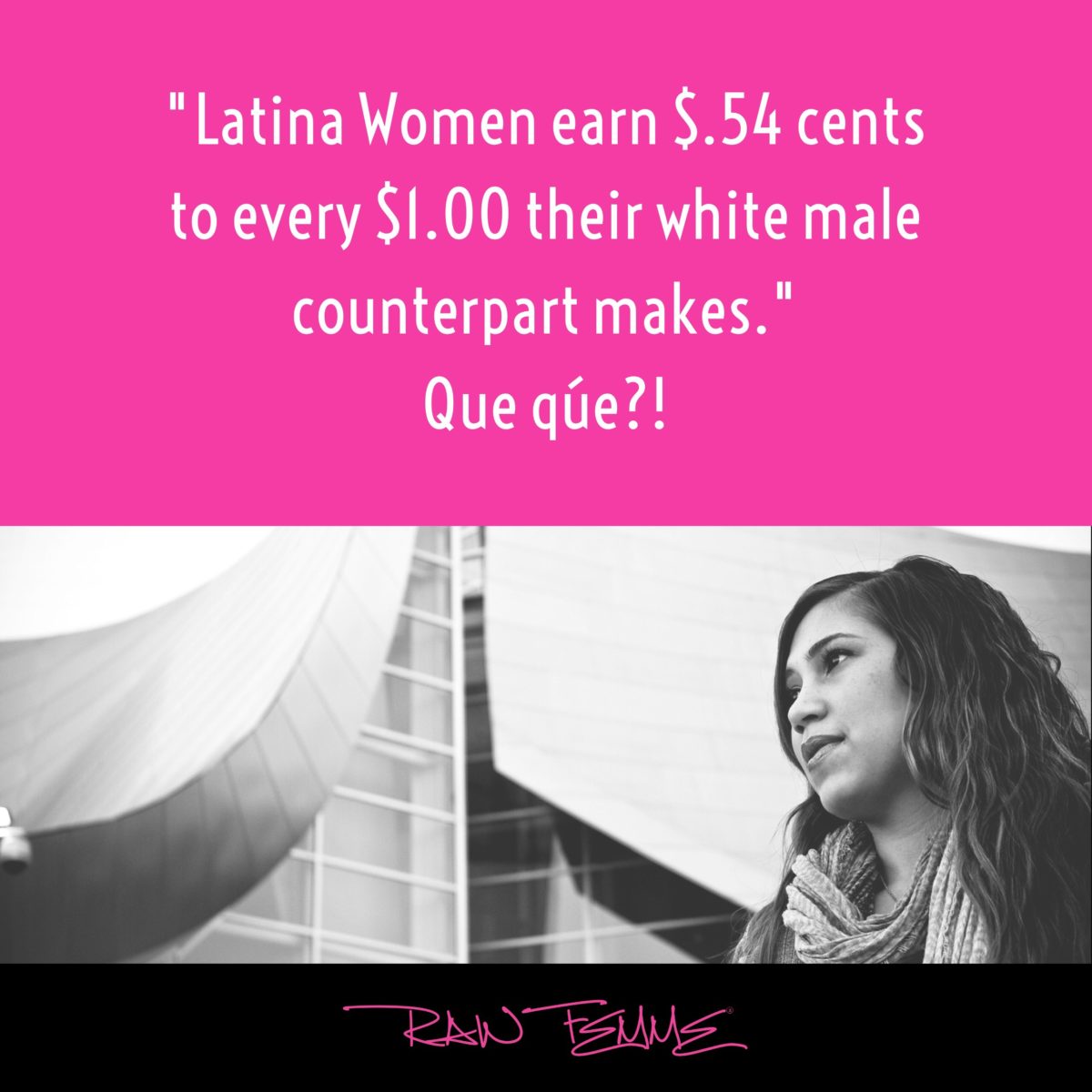 While it is widely known that women generally make less than their male counterparts (approximately .80 cents on the dollar), women of color are far less thought of, particularly our Latina workforce. And we don’t use the term “workforce” lightly when it comes to our women.

Today is #LatinaEqualPay Day, where the world will learn that women earn just $.54 cents to every $1 the white male makes. Yeah you heard that right, 54 cents! That is nearly HALF of what of the non-hispanic male makes. That is a slap in the face to hard working, experienced, and educated women, as if to say they are but only half equal. That’s like being in a race, and someone gets half a length’s head start in front of you and calling it fair and just.

Furthermore, it takes a Latin woman, with equal credentials as her white male counterpart both starting out, ten months to catch up to his pay. So long as this blatant discrimination exists:

Latina women will never be valued and perceived in society the way that they clearly deserve to be.

They will spend the same dollar amount on their education as everyone else does, and not come out on top once they enter the workforce and drown in debt. Forget working for a proper working car and a nice place to call home. This can be very discouraging to many, and they would consider not going to further their education at all, thus entering and continuing the vicious cycle that corporate America keeps them in.

What can you do? If you are a business owner, or someone who hires employees, consider looking at the growing list of eligible, ambitious, credible, and enthusiastic Latina women. Help them add to their resume, give them the pay that they deserve, and spread awareness. Many male business owners are also on board with this movement, point your Latina friends in their direction. Lastly, call your congressmen and explain why equal pay is important and just.

If you have ever seen a Latina work, then you already have no doubt in your mind of her capabilities. It is time to raise these women up where they belong and where they are working so hard to be.