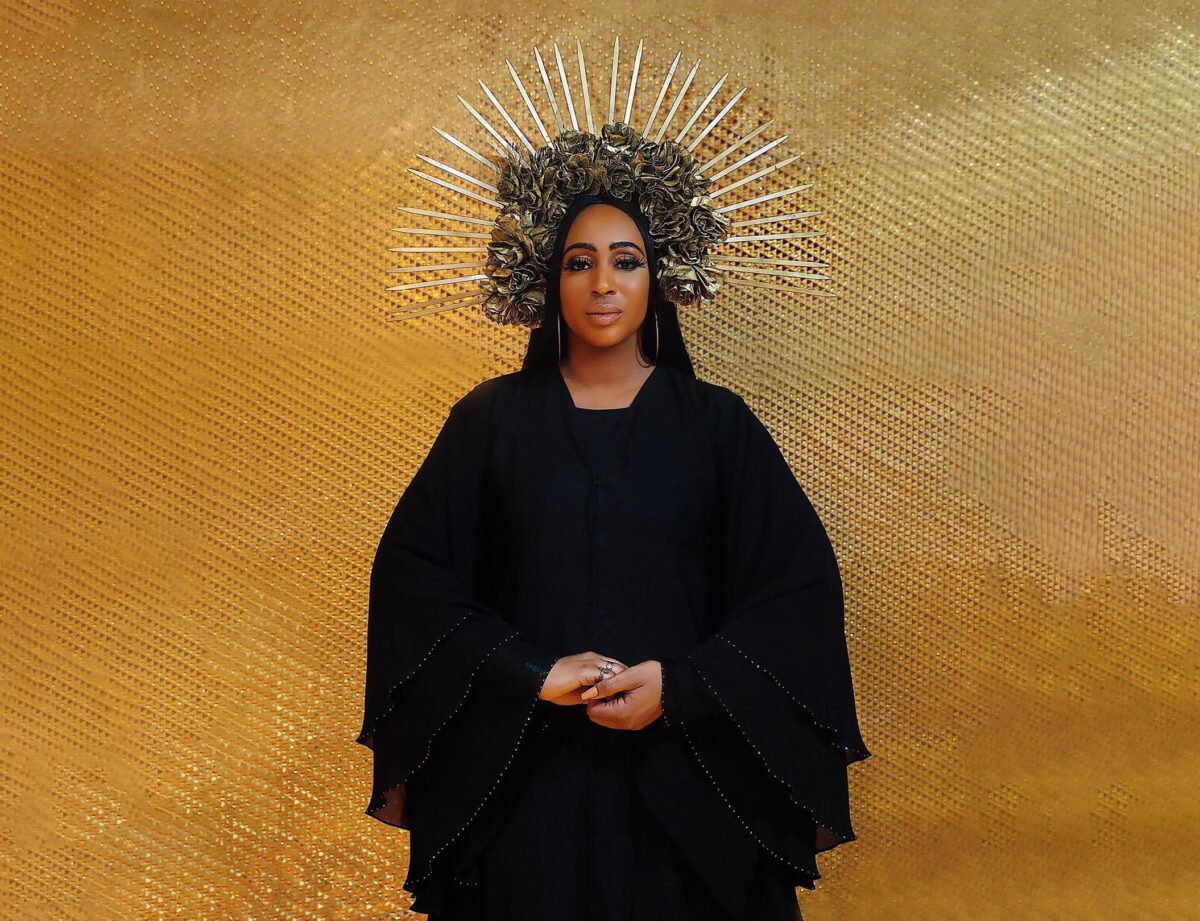 ‘MAJESTY’ is the exciting new single from Swiss Nigerian songstress Coco Benson and Nigerian super producer and husband Shizzi, whose production credits include working with Beyonce, Wizkid, Davido, Chris Brown and Meek Mill among others. Written by Coco, Shizzi and Parker Ighile (Rihanna, Nicki Minaj, Ariana Grande), the infectious summer-ready afrohouse track is the long-awaited comeback single from Coco Benson, and it is taken from her upcoming debut EP, executive produced by Shizzi, titled Here We Go Again.

Speaking about the inspiration behind ‘Majesty’, Coco Benson says:

“Women do it all, women are the backbone to a lot of great things, and this track pays homage to women and speaks to empowering women. I wanted to create a song that every woman or girl could relate to, we are all ‘Majesty’ to someone and it’s something to embrace. This track has my two favourite elements – the house and soulful music vibes, and once Shizzi added his magic finger touches and some amapiano sensibilities, we knew this song would turn out to be a timeless record”.

Born in Michigan in the US and raised in Zurich in Switzerland and now based in Atlanta, Coco Benson is the granddaughter of Nigerian highlife legend Bobby Benson, and first burst onto the African music scene in 2014 with a string of hit singles, including ‘They Call Me Coco’ and a modern reworking of her grandfather’s breakthrough hit ‘Taxi Driver’, which put her on the map as one to watch across Africa. In 2015, she would step away from music to take care of her family, but with the start of a new decade, she is back to her first love and making her way to centre stage.

We were honored for the opportunity to interview the Queen herself, where we learned about her Grandfather and Eldest Sister’s strong influence in her musical upbringing, her empowering advice for women, and what she and her talented husband Shizzi are cooking in 2021, starting with their brand new single ‘Majesty’.

I was always inspired to do music because it was always in my family, it all started with my grandfather and even my eldest sister. Or something about music that it’s just refreshing for the soul and I always knew I wanted to be involved once I found my voice.

Your new single ‘MAJESTY’ is so incredibly powerful. Tell us about the songwriting inspiration behind the empowering record.

Thank you so much! That means a lot to me. Majesty was created because of everything I do as a woman. I am a mommy, I’m also a wife, I’m a businesswoman…I do a lot of things. Women are really the structure to so much in this life and I just wanted a song that will empower women, a song that they can hear and listen to and know that they are the queens of everything they do & even from a male perspective, know that the person in your life is also Majesty, respect her and love her and cherish her and all the good things.

You fuse your culture and upbringing into your music so beautifully. Can you tell us more about why this is such an important aspect of your songwriting?

Yes! Growing up in Switzerland was very special. Although they had their own type of music, in our home we were always listening to all types of music African/Spanish/House Pop. It was just a party of songs growing up and when I became more in tune with my Nigerian side, meaning really understanding who my grandfather was, it was so important for me to incorporate his legacy of music and how I grew up together.

What were your artistic goals when creating your upcoming EP ‘Here We Go Again’.

For me it was all about showing my growth and versatility, my number one genre of music is Afrohouse but I also incorporated Afrobeats and I also incorporated gospel and I just wanted my listeners to understand that music has meaning. This is a really special project for me because it’s been so many years and that’s why I called it here we go again because I’m just solidifying my stand in the music industry no matter how long it took me to get to this point, it’s Special.

You collaborated with incredible talent on this album and music video. What was your process when working with super producer, SHIZZI, and visual director Mickey Johnson, creative director Ganyo Bi Dindin and choreographer Nela?

Working with my husband is very special, it’s very interesting because he’s a perfectionist and he always wants everything to be perfect, there’s absolutely nothing wrong with this because he really brings out the best in me and we have a very strong chemistry. Once we figured out how majesty was going to sound and the outcome of what it was, when I went to Ghana to work with the team I told them that this is a big project for not just me but for everyone and I told them that no corners should be cut, and that we should try and accomplish everything that we said in every single meeting. We did, and they all stuck by me, they all did amazing, they were a really brilliant team and I look forward to working with them again. A lot of people are shocked that this was all done in Ghana and that just shows you that there’s no limit to what people can do. It doesn’t matter where you are as long as you can express yourself.

The renewed discussion of feminism is playing a major role in today’s music industry. What words of wisdom can you share with aspiring women-identifying musicians and entrepreneurs on how to overcome gender discrimination?

I think that women just have to stand strong and stand firm. We’re living in a very male dominant world already and it’s important for your voice to be heard and it’s important for you not to feel restricted by anyone. In the music industry there’s so many men but as women, we need to stand strong together and speak and sing to all of our needs. Do not feel intimidated by anyone.

Are there any recording artists who you admired while growing up and who have any influenced your sound?

I was very influenced by my elder sister, she was always the first singer who I used to watch on stages and I was also very heavily influenced by Tina Turner, Sade, Toni Braxton, Beyoncé’s stage presence. Those are the artists that I looked up to, especially Tina Turner and Toni Braxton because they had similar voices to mine. A lot of people used to say “your voice is very deep”, and then when I heard artists with similar voices do what they did, I knew I would never be limited by my voice.

Name one person dead or alive who you’d love to cut a record with and why.

This question always depends on what the song would be but I feel like if you have a great song anybody can jump on it. I would love to work with Davido, Africa’s biggest artist, I would love a house feature with Drake or Busi, no dream is impossible. You just have to keep working hard and people will come to you.

What do you want your fans and supporters to take away from your music?

I just want my listeners & (my CocoPops, that’s my fanbase name LOL) to just feel good about themselves and what they hear. I never want to do anything that people feel uncomfortable with but I would always want to create music that they know “Coco really put her heart in this”, that’s really what matters to me. I want my listeners to feel good.

Unapologetic. A woman who stands strong and stands firm no matter what the circumstances. Women are Majesty.

We are beyond excited for what lies ahead for Coco! Follow and support her at the links below.