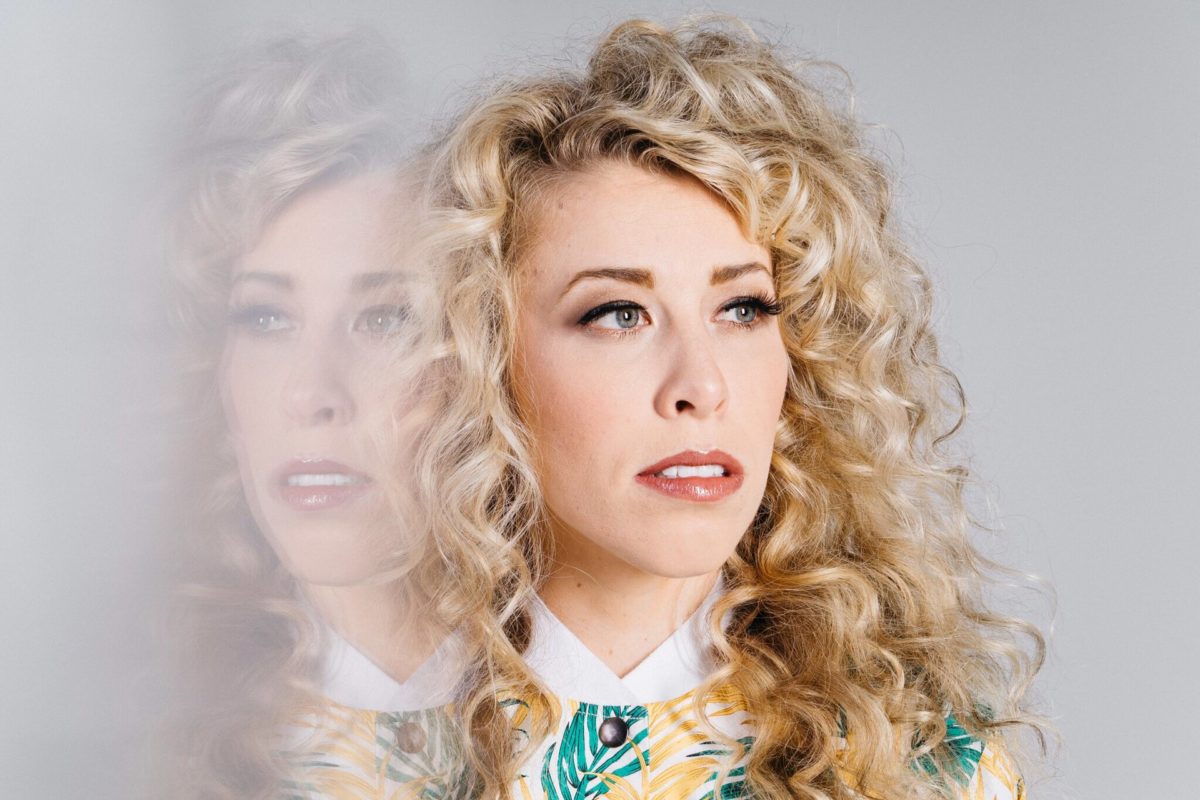 Meet Lindsay Latimer – an up-and-coming singer/songwriter based in Nashville. Her songs tell stories of nostalgia, growing up, and relationships, while she gracefully skims the surfaces of pop, electronic, jazz, and rock, landing in a fresh sound of her own.

“Being voted prom queen in high school was a joy. However, all the while, quite puzzling for me. I struggled a lot with feeling left out in high school. I think many of us do, it’s a fragile season. This is my anthem to all those who feel left out, in whatever scene, even those who you might expect to feel it the least, if ever at all. Like a prom queen.”

Lindsay’s debut EP Grow Wild was overseen by Grammy award-winning engineer Chris Latham (Guy Clark, Brad Paisley), and in the past year, her original songs “I Blame You” and “Good as Weeds” have been listed as “Ones to Watch” by the Nashville Songwriters Association International song evaluators.

We chatted with Lindsay about the inspiration behind creating this gem, her impressive musical background, and which guilty pleasure songs she always had on repeat back in high school.

What initially inspired you to become an artist?

At age two, I fell in the orchestra pit at Cincinnati Music Hall. My mom said all she remembered seeing were my dads feet as he dove in after me. Orchestra pits and those little deceiving curtain walls…

Where do you usually gather songwriting inspiration? And what is your usual songwriting process?

From real-life experiences and from fake-life experiences. I think songwriters need to have the ability to fill in the blanks and color in the rest of the picture, even if they haven’t lived it themselves. Process wise, I just jot down a lot of thoughts as I drive. Sometimes words come first like that. Others times, it’s the music that hits me and I’m sitting at my piano for a few hours.

This record rotates between dreamy and nostalgic to palpable and raw. The songs evolved as I processed parts of my past—seasons laced with uncertainty and anticipation—and considered snapshots of my present. The whole aesthetic reflects this tug-of-war between my years growing up and now, so there’s this obvious mashup of teen and adult. Past struggles are often remedied by the present and that’s where the “lullaby” applies. There was once tension and mystery, but blanks get filled and aches are alleviated as we press on and trust the process. “Prom Queens” and “Weekend Stories” hint at the yearning for acceptance, the desire to be part of a story, to feel truly known. “Too Far In” and “I Blame You” point to more resolve and remedy. I think life includes both these narratives.

What do you want your fans to take away from the album?

I sat on my roof a lot at night growing up, thinking and dreaming. Strangely enough, that’s where my mind goes when I share these songs. On the roof in the dark, I could be honest. It felt mysterious, yet accessible—right outside my window. I hope this record can provide that for listeners, sparking moments of wonder and mystery, while infusing perseverance. I would love for it to be a big blanket they can wrap themselves in.

Ben Folds. His out of the box approach to compositions, his piano playing, his ability of conquering a plethora of genres, and other obvious reasons. (I saw his debut Piano Concerto at The Schermerhorn Symphony Center and cell phone rings were a feature of the score).

What constitutes a good live performance in your opinion?

I think connecting with the audience is a special knack. If people walk out of a show having been moved for the better, it was a successful performance for me.

For the majority of my upbringing, my answer to this question would have revolved around vocal technicalities, its control, and delivery. I was trained to be a merciless judge of technique. Not a bad thing in itself, but definitely constricting from the bigger picture if that’s the only thing you chose to focus on.

What guilty pleasure songs would we have found on your MP3 player in high school?

“Are You Happy Now” by Michelle Branch

What are your future plans? A tour hopefully!

That’d be rad. I would love to share my music broadly and reach different groups of people. Other things on my mind right now is a music video, composing more instrumental music, and cutting a full-length. All fine candidates.

What words of wisdom can you share with aspiring female musicians and entrepreneurs?

Stay grounded or lose your head. That requires having people in your life who know you and are good at bringing you back down to the ground when you need to hear it.

There are a lot of lies wanting to work their way into our heads. It’s important to have uplifting truth to counteract those lies and remind yourself of who you are. You were made as special you. Don’t try to color over it or reverse it.

French class taught me that “femme” means woman. My mom’s oatmeal taught me that “raw” means something unprocessed. That’s such a pleasant characteristic in my mind – something brimming over with authenticity, simplicity, approachability. I think a Raw Femme is a strong, unvarnished woman who diffuses love into the world by not losing herself in the world. She has an eye for beauty and harmony and is not harnessed by doubt or fear.

Support Lindsay and her incredible talent! She’ll be taking over your airwaves – just watch.