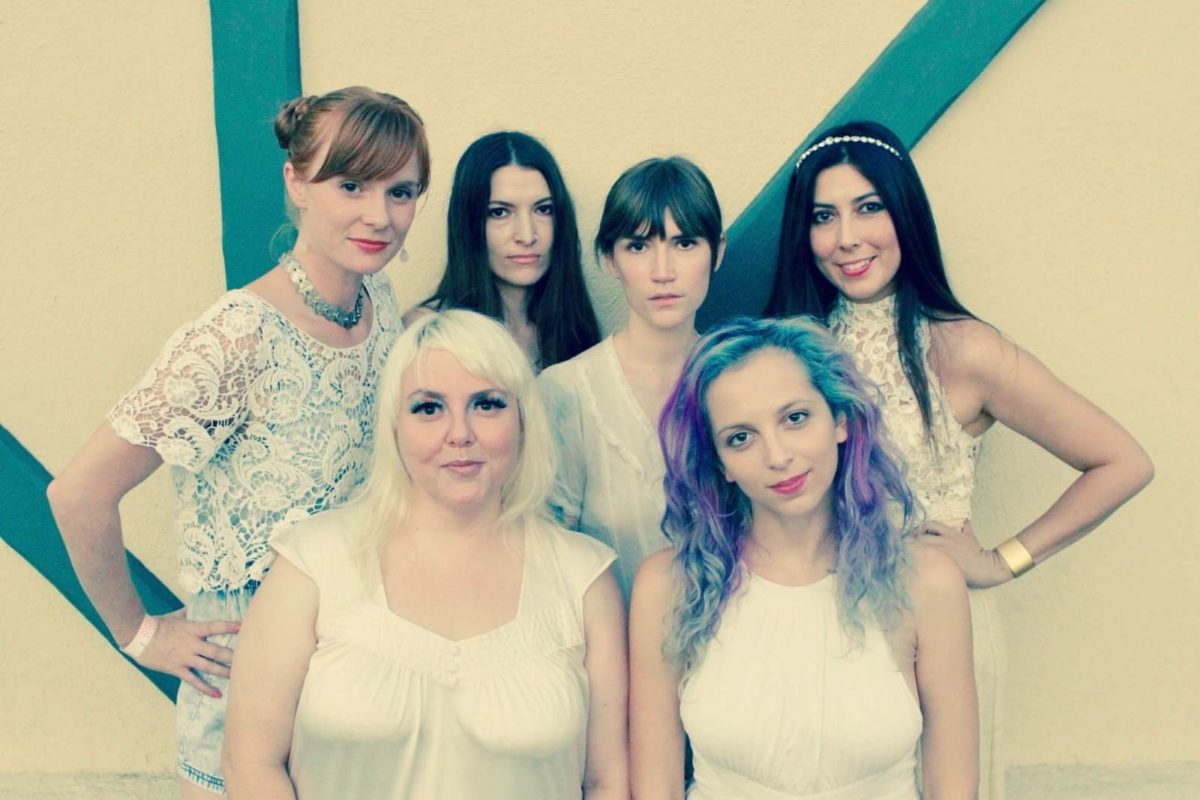 Conducted and arranged by McKeown – with the exception of “She Calls His Name” which was arranged by Ethan Walter, who also co-produced the album with her – Honey Child’s self-titled debut was recorded at EastWest Studios in the famed Studio 3 where The Beach Boys’ storied Pet Sounds, a major influence here, was laid down.

“The goal of the album was to celebrate musicians sharing time and space. We set up for three days and tried to capture as much magic as possible honoring the authenticity of our sound and ability to record live performances. For me, the orchestrations and vocal arrangements of The Beach Boys and The Beatles were huge inspirations for the album along with the vocal delivery of Harry Nilsson, Dusty Springfield, and the dramatic honesty of opera singer Maria Callas.” Recording at EastWest adds McKeown, “allowed for a wonderland of toys to play with. We used ribbon microphones, echo chamber, Hammond organ, Steinway grand piano, tracked the orchestra live, added a heavenly string section, even ran the lead vocals through a Leslie.”

The incredibly versatile McKeown is also a sought after voice teacher and vocal coach, composer, vocal arranger, and has contributed her voice to films including the Spike Jonze adaptation of Where The Wild Things Are, and many television commercials.

Born in Belfast, Northern Ireland, McKeown immigrated to Santa Monica where she then studied musicology at UCLA and spent about a decade training to be a Wagnerian soprano. Always the rebel of the classical music scene, she ended up leaving that world to find an audience of her own peers. McKeown describes this as “I was performing scenes from Wagner’s  Tannhäuser, Lohengrin, and Die Walküre for the patrons of the Orange County performing art center in anticipation of mounting of The Ring Cycle the following season. I was very welcomed and had a great experience, but looked around to find an audience of privileged, white, Christian Republicans. Bless their hearts, but I want an audience of freaks like me.”

After this came a full on nervous breakdown, including a drug-induced talk with the devil which brought the gift of prolific song writing into her life. McKeown says “Songs just seem to fall out of me since then; some times forcing themselves out of me by coming in as instant downloads. Songs will drop into me fully arranged with lyrics and melody. It’s a damn trip!” She soon joined indie rock band Afternoons, and later started the haunting minimalist duo Dirt Bird.

When the ashes of both these previous bands settled, Honey Child was born.

This ensemble of women truly represent the meaning of girl power, unity, and talent. Please support and purchase their album here.