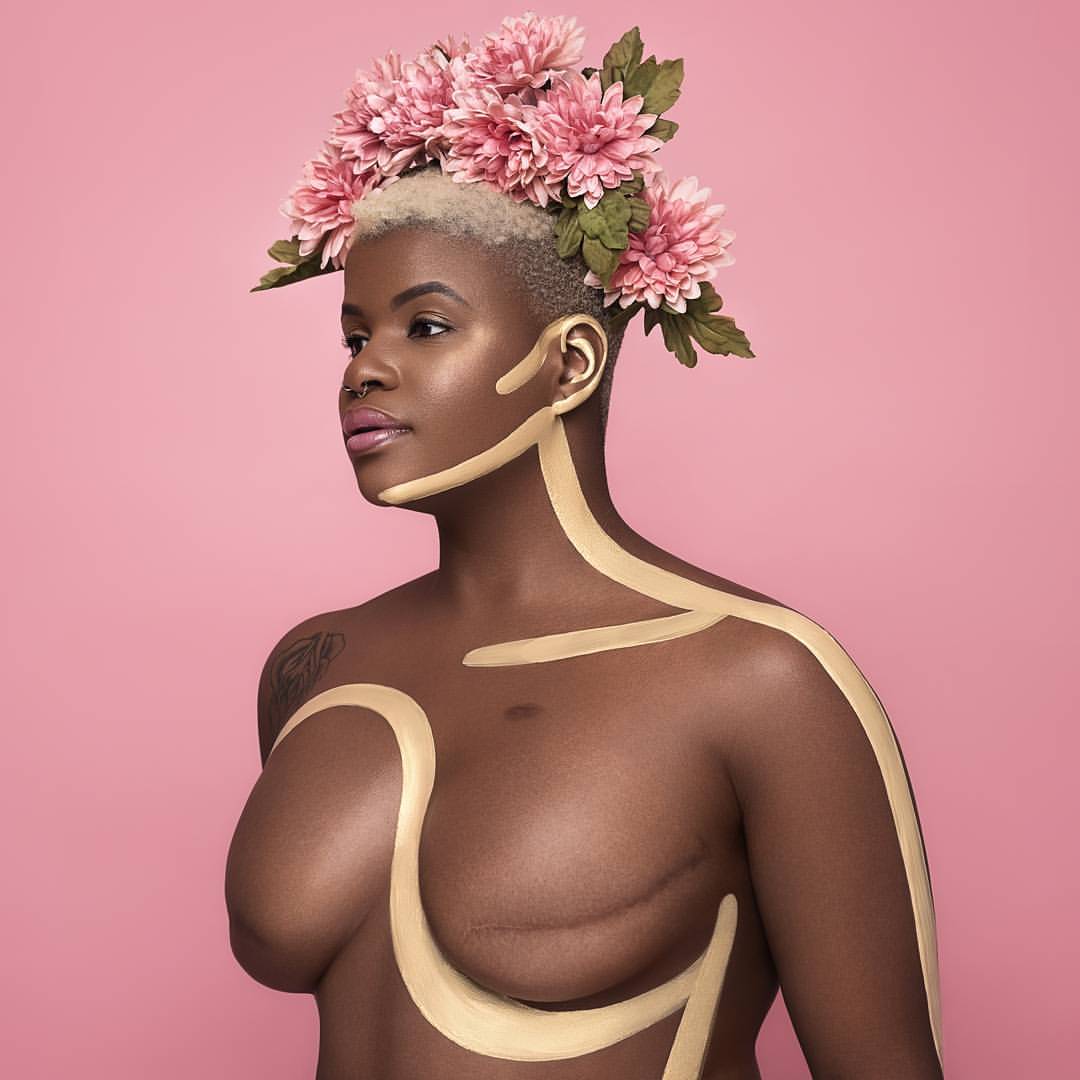 It has been one year since ‘Beauty & The Beats’, our breast cancer awareness fundraiser held in Downtown Las Vegas. In honor of survivors and in celebration of those we have lost to the disease, we are sharing the beautiful and inspirational story of Ericka Hart –  a 31-year-old sex educator, performer, and model who is making waves with her beautiful topless photos by Joey ‘Islandboi” Rosado. Hart was diagnosed with bilateral breast cancer in May 2014, and she underwent a double mastectomy and various treatments, including extensive chemotherapy. She had breast reconstruction surgery in July 2015 – where doctors rebuilt her breast mounds and that’s when she discovered it was near impossible to find examples of reconstruction scars on black women. In her interview with SELF, Ericka explains – “When I went to get my reconstructive surgery, it took my plastic surgeon two weeks to find one image of a black women that had a double mastectomy. My image is not one that’s there.” After her surgery, Hart committed to posing topless for photoshoots. She wanted to help other women of color see what their scars could look like, and to show them they’re not alone. 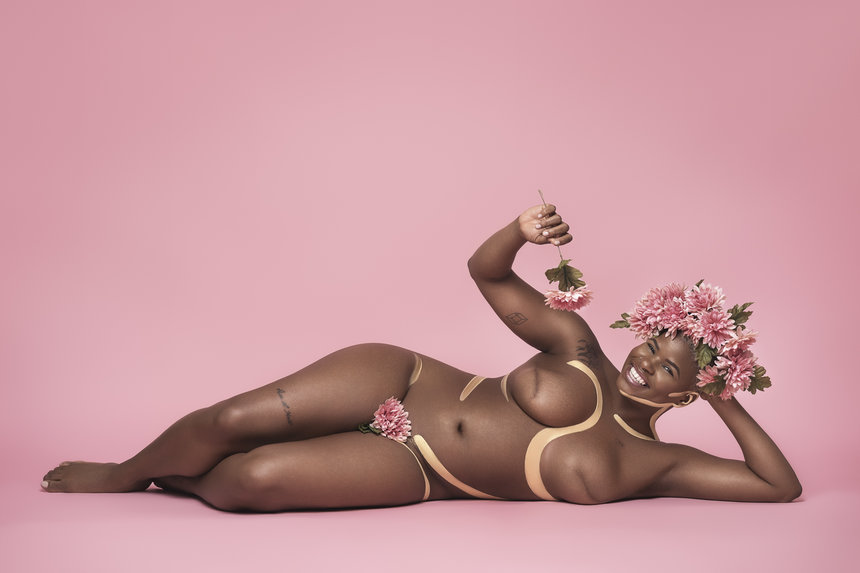 Thankfully, Hart’s cancer is now in remission, and she hasn’t needed treatment in the past year. She hopes her topless photos can encourage other young women – especially those with a family history of breast cancer – to stay vigilant about their bodies. “We don’t talk about breast cancer in young people, people under 40,” Hart says. Since her photoshoot went viral, she’s heard from other breast cancer survivors who had double mastectomies and reconstruction, as well as women about to undergo the procedure. These women told Hart they also searched endlessly for a photo that would show what reconstruction looks like. They were thankful they now had Hart as an example. “That’s enough for me – mission accomplished,” Hart says.

“I was tired of this morbid narrative or that it’s this sad experience to have breast cancer—I don’t think it’s fair to the people who live with breast cancer that our lives are somehow sad now because we have a chronic illness,” she says. “I just wanted to bring visibility and a new narrative to breast cancer.”