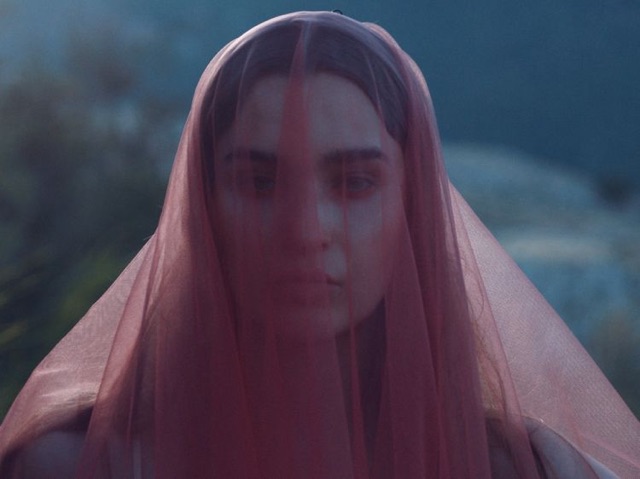 “It was a medium I’ve wanted to do for a very long time. I worked with some of the most talented individuals to bring this to life.” – Vogue.me

Teaming up with award-winning film directer Mounia Akl and creative director Laurent Saad, Sandra created 11, one-minute long videos shot in 11 separate locations in an effort to artfully visualize the woman she has in mind when creating her ultra-feminine pieces. “Me and Akl spoke and decided that we wanted to make something new and unique,” she reveals. “We have two very different skills and we wanted to combine them both to create the optimal expression of surrealism in both fashion and film.” This resulted in a cumulative series of puzzle-like scenarios brought together by captivating imagery, sounds, colors, and fashion, which took approximately eight-months to produce.

Mounia Akl is a Lebanese director and screenwriter living between Beirut and New York where she co-founded the collective Breaking Wave Pictures. She holds a bachelor’s degree in architecture from ALBA and a Directing MFA from Columbia University. Apart from directing, Mounia has taught film directing at the NHSI at Northwestern University in Chicago and was a preceptor in Screenwriting at Columbia University in New York where she was also Richard Peña’s teaching assistant.

In 2016, Mounia was spotlighted by Screen International as one of the 5 Arab Stars of Tomorrow.

In 2017 she was one of the four Lebanese directors selected to represent Lebanon at the 70th Cannes Film Festival’s Director’s Fortnight as part of Lebanon Factory. She co-wrote and co-directed El Gran Libano with Costa Rican director Neto Villalobos. The film opened the Director’s Fortnight, screened at the Sarajevo Film Festival and will screen at the BFI.

Image and citations courtesy of Vogue.me