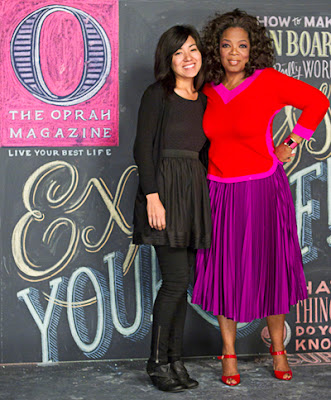 Dana Tanamachi is a graphic designer and custom chalk letterer who hails from the Lone Star State, but currently resides in Brooklyn, New York.

After graduating in 2007 with a BFA in Communication Design from The University of North Texas, Dana moved to New York City to design Broadway show posters at Spotco—a leader in arts and live entertainment branding. In early 2010, she took a job working under Louise Fili at Louise Fili Ltd, specializing in the design of restaurants and food packaging.

Her talent is one of its kind, absolutely love her work! Thoughts?