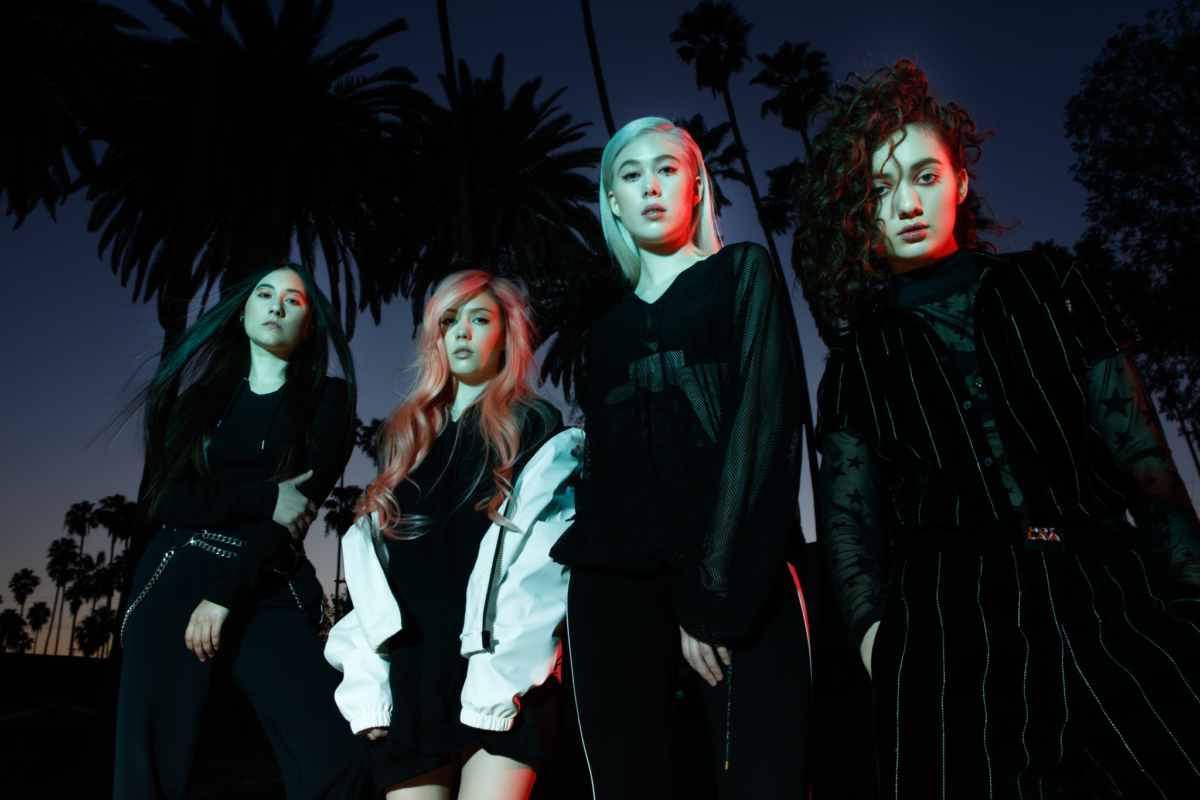 Meet the bad babes of Crimson Apple, a pop band made up of four crazy cool sisters from Hawaii, have just released a new single called “Can’t Get Out of Bed”.

“Can’t Get Out of Bed” is a soaring alternative pop song written by Crimson Apple in collaboration with female writer/production team LYRE (Annalise Morelli and Elli Moore).

“We were really inspired by K-Pop when we were writing this song, so it definitely influenced the types of melodies and beats we incorporated in the arrangement,” the band notes. “As for the recording process, we were very excited to work with LYRE, who took our vision for the song and helped it come to life.”

Since the band’s inception in 2012, Crimson Apple have shared the stage with such venerated artists as All Time Low, One Republic, Switchfoot, The Green, Will Champlain, and Hawaiian music legends, HAPA. The group’s 2015 self-released debut album, Hello, garnered commercial success in Hawaii and across the internet, and earned nominations for Alternative Album of the Year, Most Promising Artist of the Year, and Group of the Year at the Na Hoku Hanohano Awards–Hawaii’s equivalent of the Grammy Awards.

Since relocating to Los Angeles, Crimson Apple have performed in numerous venues in California, Nevada, Colorado and Pennsylvania, signed a management and recording deal with Amuse Group (Perfume, BABYMETAL, ONE OK ROCK) and landed a spot on this year’s High School Nation Tour. With undeniable chemistry on and off stage, and a musical bond only sisters could share, Crimson Apple seem to have all the makings to be pop music’s next big thing.