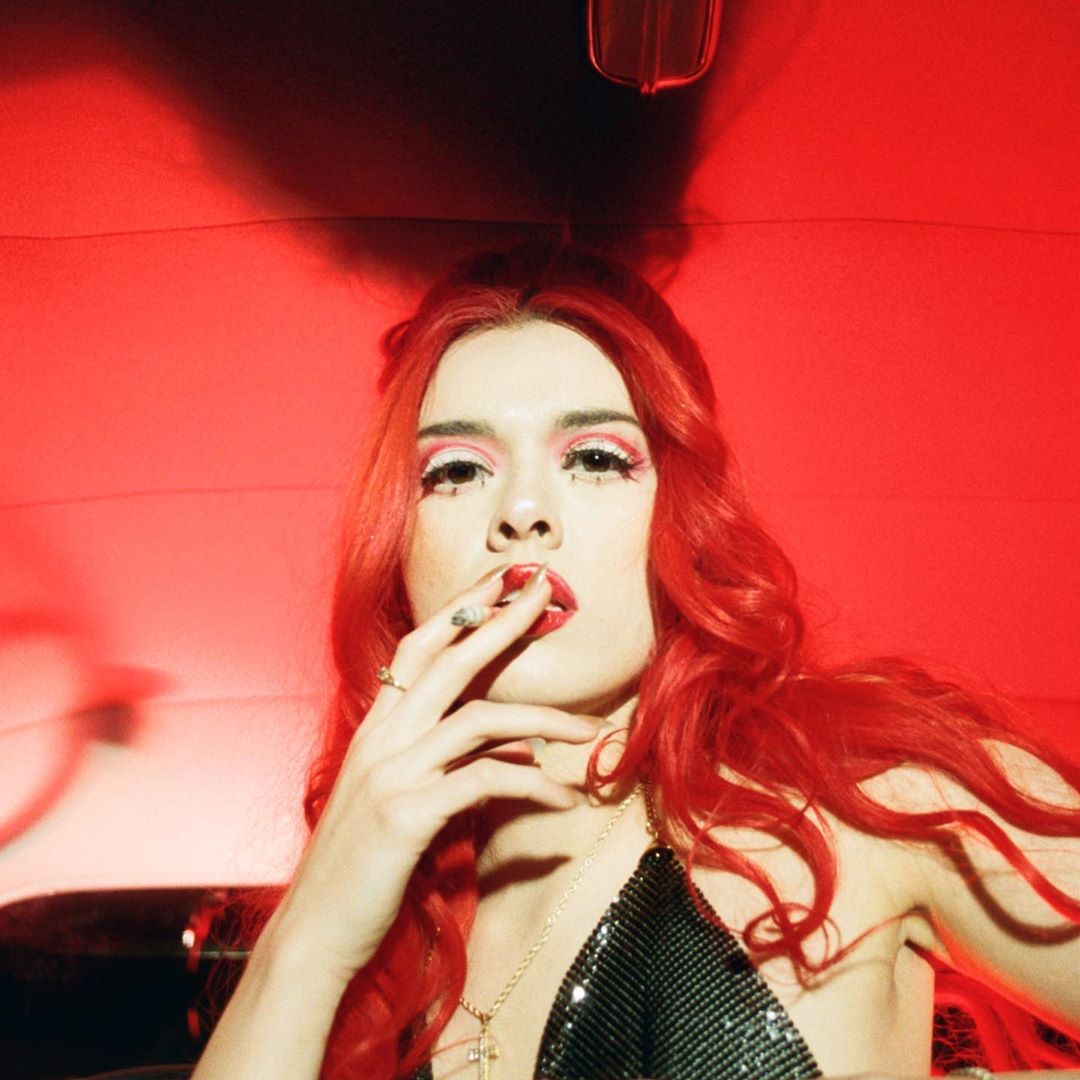 Meet 21 year-old Xicana singer, Avalon Lurks, goth-pop Queen who recently released the official video for her new single “Papi Chulo”, co-produced by Twin Shadow. The enigmatic tune was written and recorded in her bedroom, and samples “I am in Love” by Jamaican reggae artist Jennifer Lara.

“’Papi Chulo’ is an introduction to the world I live in. The dark and surreal but sunny world of Santa Ana and East Los Angeles. ‘Papi Chulo’ is a pop song about being complicit in a relationship with someone who’s up to no good (a gangster). I wrote and produced the bones of the record in my bedroom, sampling ‘I Am In Love’ by Jennifer Lara. I was inspired sonically by G-funk when crafting the beat (Nate Dogg, Snoop Dogg, Dre) and trying to find a way to make the sounds i grew up with accessible for the new generation. The song is a West Coast summer bop. The video is a visual representation of the concept of the song. Director Ambar Navarr and I were visually inspired by Dario Argento, Martin Scorsese, and Gregg Araki. Pablo Sotelo (of Inner Wave) plays my ‘Papi Chulo’ in it.”

Avalon produces, writes and records her music. Last year Maroon 5’s Mickey Madden released her first two singles on his Metropolitan Indian label. Her debut performance was at Beach Goth and she has since shared the stage with artists ranging from Empress Of to Father. She also collaborated with Tricky (Massive Attack) on his album Ununiform. Additionally, Avalon hosts the new VICE show “Subcultura” which focuses on the Femme/LGBTQ Latinx American community and she’s been working in the studio with Twin Shadow who has been co-producing her newest project.

About her recent collaboration with Twin Shadow Avalon says, “George (Twin Shadow) and I first linked up while I was DJing vinyl at a bar in Echo Park when I was 18. He asked me about a song I was playing and from there we got acquainted. We ran into each other at events around the city and eventually hit it off due to our similar cultural, sonic and media interests. I was always sending him demos and we had been saying for a while that we were going to work on something, so when I sent him ‘Papi Chulo’ I think he had a strong enough feeling about it to push me to work on it with him. He’s family. He really took the song to another level, engineering the vocals and adding instrumentation.”

Listen and support this rising Queen!