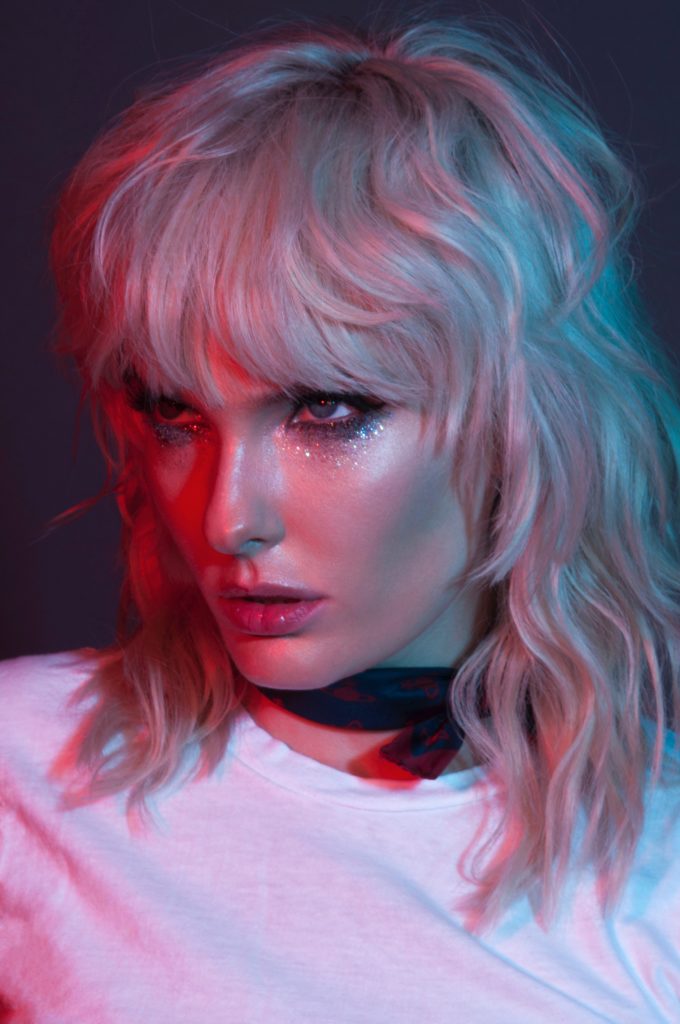 “I was influenced by feminist collage artist, Linder Sterling and Andy Warhol for the art. I had the idea to do choreography on vintage guitar amps with my two dancers and really wanted them to have this Sioxsie Sioux look with their makeup and wigs. We even reference the famed ‘Rosie the Riveter’ World War II poster within the dance choreography as a message of feminism.”

Ace Harper has been featured in Galore Magazine, People Magazine, and EQ Music and she has garnered over 91K streams on Spotify with her last single “Neon Heart“. Ace victoriously blends her passion for politically charged themes such as feminism and women empowerment, with a lively and intriguing sound that represents girl power and unity, especially with everything happening with Harvey Weinstein and the #MeToo campaign. Ace’s song is about opening your mouth and taking a stand as a woman.

“When you first think of the title “Mouth Wide Open”, it has a sexual connotation. When you listen to the lyrics, the vision comes through. It’s about opening your mouth in the moment, saying what you need and want as a woman. I realized just how many females are having the same conversation about feminism as I am when I attended the women’s march this year.”